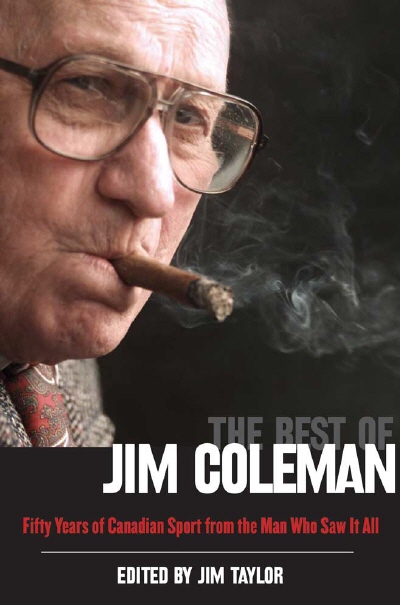 Jim Coleman writes in the Province in 1994

CJOR was the radio station which pioneered play-by- play broadcasts of sporting events in western .

Back 50 or 60 years ago, when CJOR completely dominated the local market, it was the only radio station in all of which provided regular play-by-play coverage of three sports: lacrosse, ice hockey and horse racing.

Leo Nicholson, a superb broadcaster, provided the play-by-play description of the lacrosse and hockey games. Jack Short was the voice of the races.

CJOR, owned by George Chandler, had its studios in the basement of the Grosvenor Hotel on . Right next door was the all- night government liquor store, another of 's greatest -- but, now forgotten -- innovations.

Back in the 1930s, when CJOR was number one, without any serious challengers, the station had an outstanding crew of announcers, including Dick Diespecker, Dorwin Baird and Gerry Willmott (who later went to ). But, the overwhelming popularity of CJOR resulted from its play-by-play coverage of sports.

Local historians are stretching the point only slightly when they suggest that Leo Nicholson invented box-lacrosse. However, the new indoor game was merely limping along until Leo began to provide his play-by-play descriptions on CJOR. Almost overnight, lacrosse became the hottest ticket in town. Nicholson made it sound so exciting that the listening public filled the arenas.

I heard them all -- and Leo Nicholson, with his well enunciated, machine-gun delivery was the greatest of lacrosse announcers.

When the Vancouver Lions were playing in the Pacific Coast Hockey League (and other leagues with other names) Nicholson was the play- by-play announcer on CJOR. He was an excellent hockey announcer but, lacrosse announcing was his forte.

When the Vancouver Arena burned, and the Lions moved to the Forum, at the PNE grounds, Leo's commercial announcer and color man was Ross Mortimer. The between periods guest commentator was Jim Coleman, of The Province. There was no fee for guest commentators.

Short was the first man to broadcast the horse races regularly on any Canadian radio station. He began his daily broadcasts over CJOR, early in the 1930s. Jack worked in a booth atop the grandstand, accompanied by the station's remote operator, Art Chandler, who was a brother of the station owner. Jack concluded each afternoon's broadcast with a cheery and unforgetable "Adios, amigos."

As late as 1951, when Bill Stephenson came from , CJOR still was the sports station. Ray Perreault, long-time member of the Canadian Senate, was CJOR's sports director. Stephenson was the play-by-play announcer for the team's games in baseball's Pacific Coast League.

Still later, when the Vancouver Whitecaps were in soccer action, Ian Michaud provided the play-by-play broadcasts on CJOR.

Well, now, all the legends of CJOR are gone to glory. But, one thing hasn't changed:

CJOR did all its broadcasting on the radio frequency of 600. And, now, CKBD is broadcasting its religious messages on that same 600 frequency. Hallelujah!