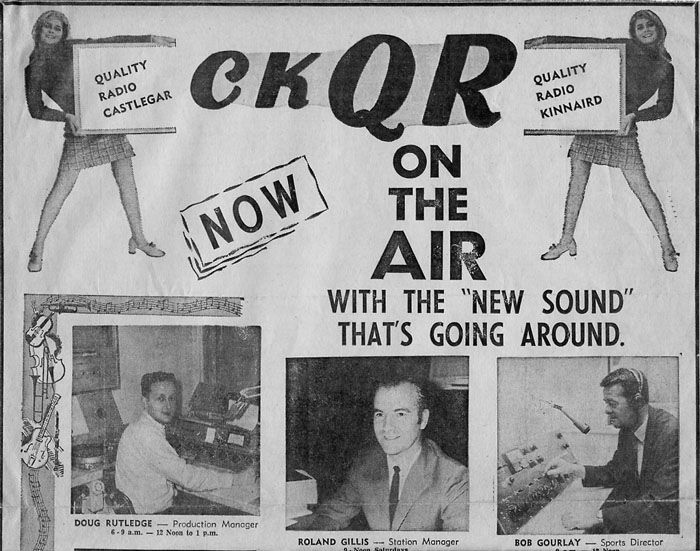 1968
Conditional approval was given to T. N. Tuch on December 24 for a new AM station at Castlegar. A competing application from Kokanee Broadcasting Ltd. was denied.

On December 16, CKQR was given approval to add an FM transmitter at Nelson, operating on 103.5 MHz, with an effective radiated power of 84 watts.

2005
In early August it was announced that Boundary Broadcasting Ltd., owner of CKGF-2-FM Greenwood and its two transmitters at Christina Lake & Rock Creek, and Valley Broadcasters Ltd., owner of CKQR-FM Castlegar and its transmitters CHRT-FM Trail and CHNV-FM Nelson had been purchased by a Calgary group, headed by Margot Micallef.  On September 1, The CRTC announced approval of the sale to 1126144 Alberta Ltd., a company affiliated with Vista Broadcast Group Inc.

2006
In April, reflecting the new ownership, the station and its transmitters, which for years had identified as “BK Radio” (for Boundary Kootenay) changed its identification to “Mountain FM”.  The format was billed as “Adult Rock” with hits from the seventies to current.