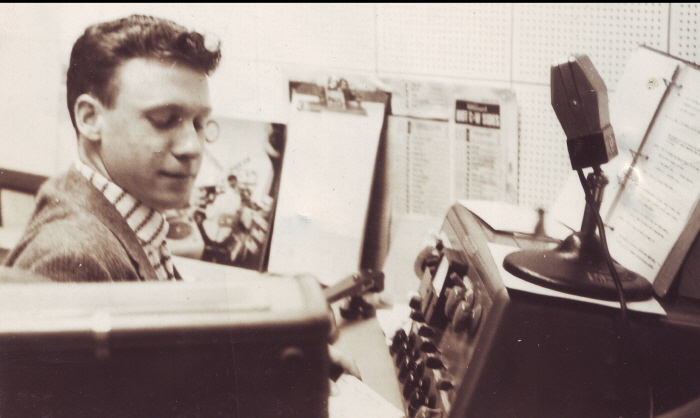 1945
On July 4, CBC national radio sportscaster Bill Good Sr. spread the news across the Trans-Canada network of the highly successful Midsummer Curling Bonspiel held in Nelson on July 1.  According to local news reports, this was the first time a national program had originated at CKLN.

1946
CKLN 1240 was noted as being owned by News Publishing Co. Ltd., and was a CBC Trans-Canada affiliate. Studios and transmitter were on Radio Avenue.

1968
On September 21, Kokanee Broadcasting Ltd. launched a new AM station at Creston. It was a semi-satellite of CKLN.

1976
J. David Schmidt was given permission to purchase CKKC (formerly CKLN) and CFKC (Creston) from Kokanee Broadcasting Ltd.  which was sold to K.C. Broadcasting Ltd in 1984

1985
On August 30, Four Seasons Radio Ltd. (owner of CJAT Trail) was given approval to acquire CKKC and  CFKC Creston from K.C. Broadcasting Ltd. Most programming from both stations would now originate from CJAT and the group would be known as the Kootenay Broadcasting System.

1988
CKKC added a transmitter at Crawford Bay. CKKC-1-FM operated on 101.9 MHz with an effective radiated power of 140 watts.

1989
By this time, CKKC was producing 37 hours 30 minutes per week of local programming. All other pgorams originated with CJAT.

On April 25, CKKC was given approval to change frequency from 1390 to 880 kHz, to decrease night power from 1,000 to 700 watts and to relocate the transmitter to a new site located one half kilometre away from the existing site.

1996
CKKC added a transmitter at Nakusp (CKBS-FM), operating on 97.7 MHz with an effective radiated power of 44 watts.

2002
Standard Radio Inc. purchased Telemedia’s Alberta, Ontario and British Columbia stations. Some of these stations were sold to other companies but Standard chose to retain the Okanagan Skeena Group.

2005
On February 3, CKKC was authorized to convert to the FM band, operating on 106.9 MHz directional, with an average effective radiated power of 920 watts (2000 watts peak). The existing rebroadcast transmitters would remain in operation.  The station was to continue to offer the same format consisting of adult contemporary hit music.  It was authorized to simulcast programming on its old AM 880 frequency for a period of three months.