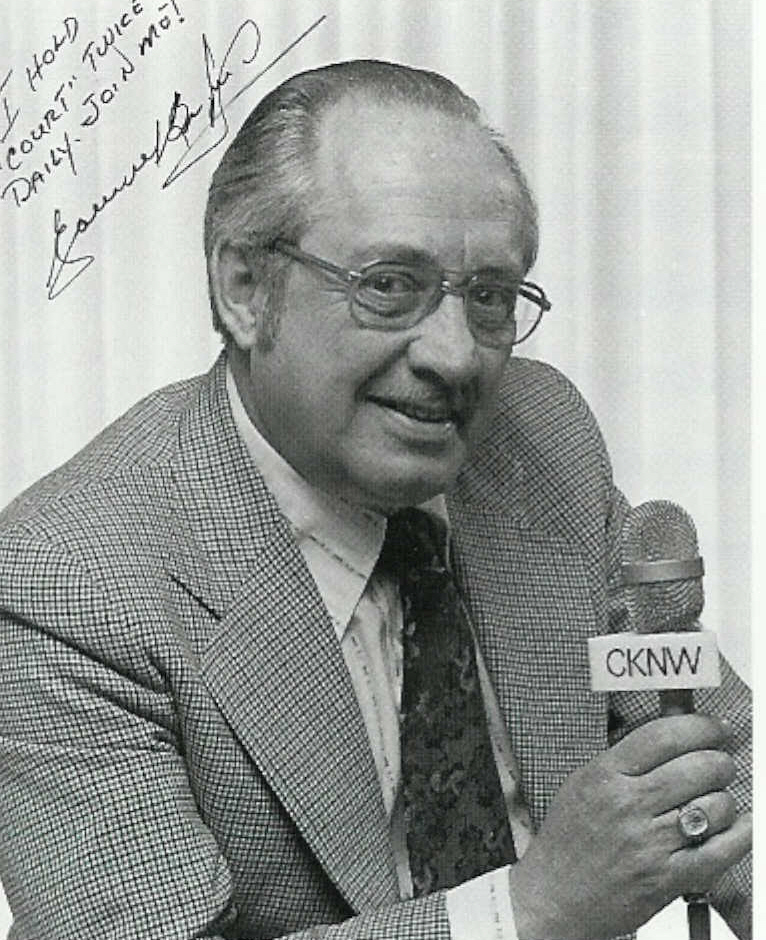 on CKNW the day following Jack's death in 1977

Earle's Court  Thanks to radiowest.ca for the clip

Earle Bradford was loved by his audience, his co-workers and most of all his family.

The Pearl is survived by wife Eileen and three sons and the extended family.

Earle was a veteran of WW2 serving in Europe with the RCAF. After the conflict finishedï¿½

he got into broadcasting.

He was hired first in Victoria, moving east to Saskatoon, Regina, at (CHAM) Hamilton,

Ottawa, and Toronto. Hired by Hal Davis in 1972 ï¿½ the NW program director is quoted as

He was placed in Warren Barkerï¿½s newsroom on the evening shift as a ï¿½voice of authorityï¿½.

His tendency was to personalize the news with comments that showed his experience,

wisdom and local knowledge. That did not go unnoticed by station management.

twice a day on NW with whatï¿½s happening in Vancouver.

He wrote over 500 columns in TV Week as well.

Earle did this for 14 years before health problems slowed him down. After initial

treatment it was back to work but the cancer finally took its toll.