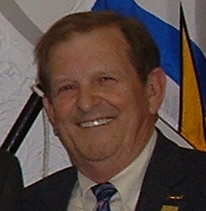 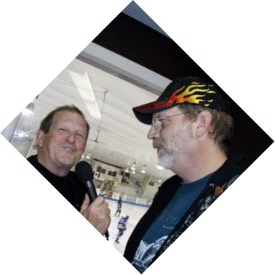 Congratulations on 50 years of broadcasting. I had the honor to be able to sit down and talk with you during the first festival in . We chatted at the Penticton Inn cafe while you waited for Tom Shields. It was nice to learn things about the business back then and now. I want to wish you all the best.

Tom has the digital equipment to broadcast any event from anywhere in .

Special event in communities such as parades and memorable occasions

Tom also can emcee events that he netcasts.

Tom has emceed at the Worlds largest annual Elvis Festival in Collingwood .

**George writes - I spent 23 years in Broadcasting myself starting at CHIM-FM Kelowna in 1978 and ending my career as Assistant Manager at CKRP/CIOR Princeton.

That photo of me and Tom Shields I took with my digital camera as we chatted online about the local hockey game!