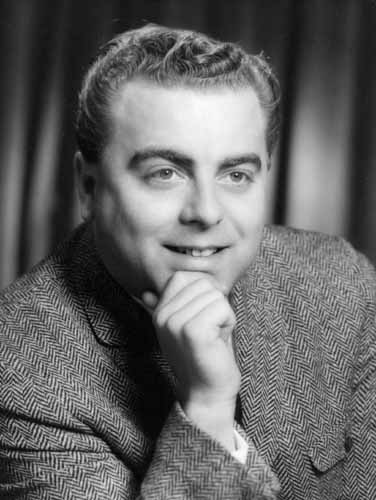 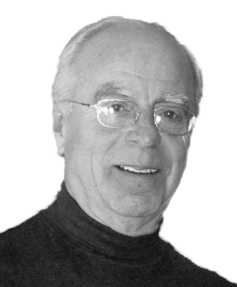 Tom spent the best part of his life as a broadcaster working in radio and TV in Nanaimo, Santa Barbara, Seattle, and Vancouver. He is remembered for his years with the Canucks, work with the BC Lions and Canadians Baseball.

Former C-FUN ‘good guy’ and CKWX DJ Tom Peacock died Saturday () at St. Paul's Hospital in Vancouver at the age of 67.  He succumbed to a second stroke following quintuple bypass surgery. Peacock was Program Director then General Manager of CKWX and its sister station CKKS-FM (former CJAZ) during the seventies, eighties and nineties.  Peacock was the first sideline PA announcer for the Canucks.

One of the original C-FUN Good Guys has died.

Tom came to to work with me at C-FUN. He moved on from there to CKWX and worked his way up to General Manager of CKWX and the newly acquired license for CJAZ (which became KISS FM and then JACK FM).

Tom was always a homespun kind of guy, and no matter what his position as an executive, he never became anything other than the down home guy he was. He will also be remembered by Canucks fans as the best PA announcer the club ever had. He provided his incredible voice to all Canuck home games and he was one of the best in .

Tom leaves a legacy: his partner Carole, his two sons Greg and Bradley and his grandchildren. Over the years in radio in , Tom Peacock was a major player. He will be missed.

Historical Notes based on newspaper articles:

Appointment by Communications of Tom Peacock as Vice-President Vancouver in 1990.

They were filling the champagne glasses at CKNW Thursday while over at rival CKWX it was time to get out the smelling salts.

After six years at CFUN - which did not make a bid to renew - the broadcasts of B.C. Lions' games are going back to 'NW.

No details were announced other than the deal is for three years beginning with the upcoming '89 season.

"Frankly, we're in shock over here," commented 'WX station manager Tom Peacock. "We had a copy of their bid, just like they had of ours, and I felt we blew them out of the water. It's a major shock."

Lions say they set up a radio rights committee to gather information which was forwarded to the board.

"It was our understanding the committee recommended our bid, but the board overruled them," said Peacock. "We felt we had an outstanding totalpackage which had some very exciting concepts. We were going to involve CFUN and CKVU in some of our promotions. I know they (the Lions) will be getting $50,000 less by turning down our bid.

"It looks like we got blindsided by a political decision."

"It's our belief that CKNW is best suited at this time to help us ensure we realize our objectives with regard to radio coverage," said Lions' new executive vice-president Stu Kehoe.

No on-air broadcasters have been announced, but the former CFUN team of J. Paul McConnell and Tom Larscheid are now both employed by the New Westminster-based station. Also available is former 'NW football play-by-play man Jim Cox.

Had 'WX won the rights they planned an on-air team of Ron Barnet and former CFL quarterbacking great Condredge Holloway.

The band "BAD BOYS' hailed from Haney, BC -- a Vancouver suburb. Local radio personality Tom Peacock of C-FUN recommended a name change to ease the fears of female fans' mothers. From the pages of history a more conservative handle -- that of a 19th-century fur-trading consortium – ‘Northwest Company’ band was born.

Elmer Tippe: "I started on the all nighter, 12 to 5:30 a.m. I had quit the station in Langley and I was going to try music full time, but an advertising agency I was with, McDonald/Farey, had CKWX as an account. Farey was invited to their Christmas party and he and ('WX program director) Tom Peacock got to talking. They had switched to country in '74 and Tom said he was looking for a good all-night man. Mr. Farey said 'why don't you talk to Elmer Tippe, he knows country music.' So I gave Tom a call and that was it."

These were still the days, albeit some of the last days, of freewheeling radio, of the true on-air "personality."

"Tom left it wide open when he was there. Where, hey, if you've got somebody you want to talk with on the air, you just go ahead.

SHORT HOPS: Senator Ray Perrault and Tom Peacock -- a couple of gladiators in 's sporting circles -- are fighting ill health with legions of support from loving family and friends. Perrault was an original director of the hockey club when the Canucks joined the NHL in 1970. Peacock, a WX1130 morning show host at the time, was the Canucks' first public address announcer.

Perrault, who was appointed by Pierre Elliott Trudeau as minister of state for fitness and amateur sport in 1982, worked with Peacock and other high-profile community leaders as part of a Molson Breweries pitch to land a major league baseball franchise for in the mid-1980s. Just so you know gentlemen, your bases are loaded with well-wishers who insist you keep on swingin'.

"Bob was a wonderful man and a very special human being," said Peacock. "He had a connection with the audience and a charm that crossed all demographics. He had a genuine bond with his listeners and it wasn't done for the money. It was done because Bob Bye truly loved people."

It's quite a story.” It was probably around '75," remembers past general manager of CKWX Tom Peacock, of the day a woman named Charlie Galbraith came to him with a plan for a country music awards show. They were to be called Charlies. "She had a lot of energy. She had rented the Commodore and had this thing all going, about a month and a half out, and she came to see me in a panic. She needed promotion, she needed organization. People were accusing her of being on an ego trip by calling them Charlies. "What actually took place at the awards show, which was very successful, was …we brought in Danny's (Romanuck, a then recently deceased and much-loved local fiddler) parents from the Prairies. The place was all decked out with the Charlies and there was a false front on the (stage) and she came up and made a speech and pulled a rope. It fell off and it was called the Dannys. "Within weeks, Galbraith and Peacock spearheaded that initial success into the BCCMA and for years things went swimmingly. Membership and credibility grew, Molson's sponsored the Dannys, and life was good.