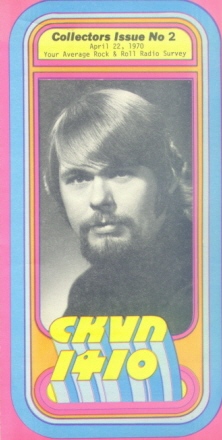 A name once familiar to Lower Mainland radio fans, Tim Burge, is doing very well in selling Acuras. "I got sort of burned out with , and with radio," Tim told me. "I'm really enjoying it up here. I bought land here when it was cheap, and I have property down where you guys are. I don't know if I'll do this forever, but I'm having fun. Would I come back? If it was talk, maybe, but as a DJ? Uh-uh."

In late June 1971, there were celebrations in the hallways of CHQM as the Spring BBM (Board of Broadcast Measurement) ratings were released. In those years, FM listenership was small enough and enough simulcasting was allowed that the BBM showed combined ratings for AM and FM stations with the same call letters. Together, CHQM AM & FM ranked Number Two in .

Why? Because the usual #2, Top 40 CKLG-AM (730), had seen their listenership erode with the switch of CKVN (1410) to Top 40 from All News on . Terry David Mulligan was Program Director for the first year, and he had recruited top DJs, both unknown and well known, including Hal Weaver, Tim Burge, Bob Boving and J. B. Shane. The station also played enough album-oriented music to attract some CKLG-FM listeners.

PAM BURGE, who works for the wine festival, used to be hard- rock radio deejay Tim Burge before she underwent trans-gender surgery and relinquished the old mike stand.