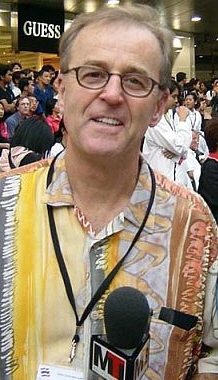 Born in , Mulligan's first career was as a Royal Canadian Mounted Police (RCMP) officer in and from 1960 through 1964.

After leaving the Mounties, Mulligan worked as a well know radio DJ for 20 years, then became a VJ and later a producer on the Canadian music video cable TV channel MuchMusic.

Mulligan has also been featured in many movies and television series including, notably, the X-Files and the Fantastic Four movie

Kids across know him as the West Coast voice of MuchMusic, but Terry David Mulligan's roots as a rocker go much further back than that. He was a DJ at CFUN in and CHUM in . He hosted CBC Radio's Great Canadian Goldrush for eight years, and CBC TV's Good Rockin' Tonight as well. Now a producer for Star TV, Mulligan also acts and has credits from The X-Files to feature films such as The Accused.

But did you know that "TD" started out as a Mountie? Raised in and , he served with the RCMP in the towns of Olds and in the 1960s. That's why his resume still lists such skills as horsemanship, police driving and expertise in small arms.

As well, for the past 30 years, since he handed in his RCMP red serge, TDM has worked as an actor in more than 20 movies on the tube and the big screen (The Accused, The Amy Fisher Story, Hard Core Logo, Disturbing Behavior) and made guest appearances on Millennium, The X-Files, 21 Jump Street, The Beachcombers and more.