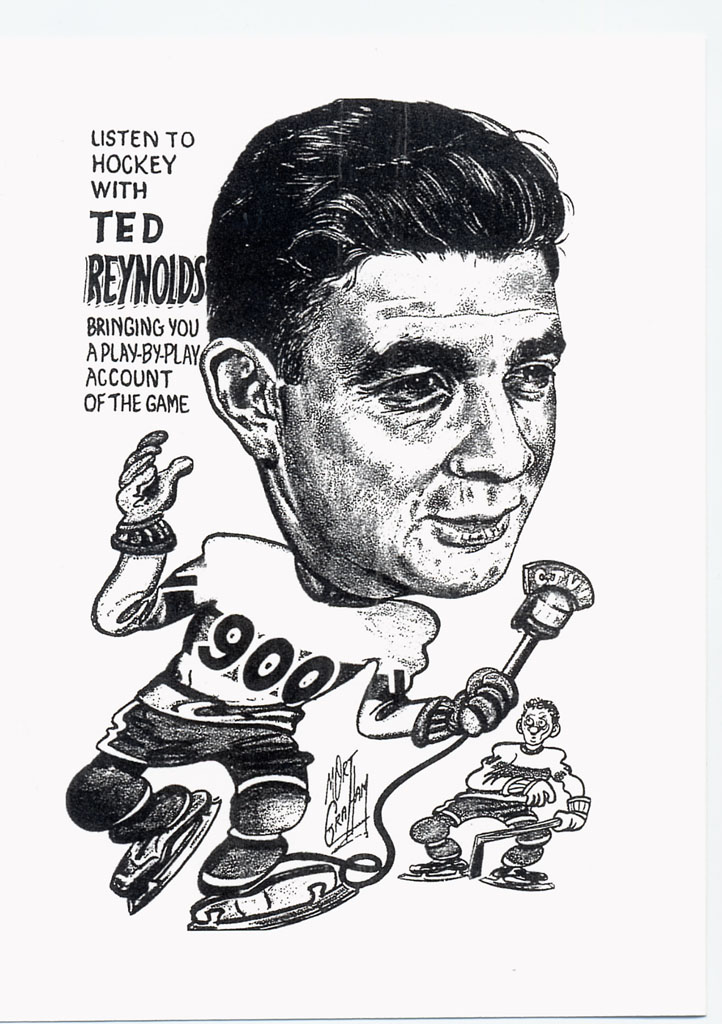 thanks to illustrator Mort Graham

Ted Reynolds' extensive career in sports journalism has taken him to numerous international and local sporting events for radio and television including ten Olympic Games, eight Commonwealth Games and five Pan American Games. But throughout his entire career he has proudly remained in .

After five decades in the business, Ted is still going strong and is currently working as a freelance commentator. In his 53 years as a reporter, he has worked for only three media outlets - CFJC Radio in , CJVI Radio in and CBC Television in . But his name is probably best recognized for his coverage of major aquatic events on CBC television for over 35 years.

Ted's contribution to sports journalism has been recognized with a multitude of awards including the prestigious Doug Gilbert Media Award from the Sports Federation of Canada, which he received twice- 1972 and 1985.