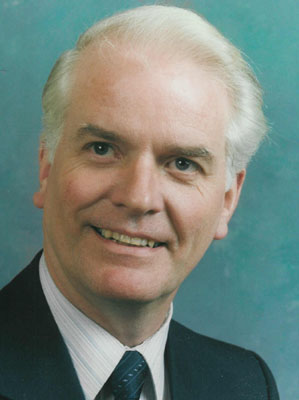 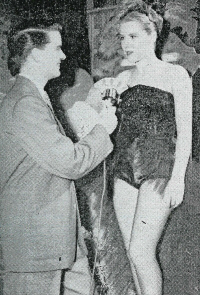 Memories of CKWX in the 50’s

My first exposure to radio in the early 50's at CKWX.

It was an amazing place - pre-Ampex and pre-Spotmaster ... but overall the best designed studios I experienced in 50 years in the biz.

Of course these were the final days of the old-style block programming ... with still many quarter-hour shows and announcers reading newscasts prepared by a non-air-type editor.

The studios were at 543 Seymour on the second floor.  "A" control had a raised floor so it could cover to the right Studio A - CKWX Playhouse.  It was a live-performance studio complete with stage and permanent theatre-type seating; to the left the production studio (B) which could house multiple stand-up microphones as well as a permanently-miked desk; and directly in front, an announce booth that was used on-air throughout the day.

The production control (B) was adjacent to studio B ... and off the stage of Studio A was Control C. There were Magnecord tape machines in all three control rooms and three 16-inch transcription-type turntables... most of which were equipped with Northern Electric (?) 9A arms.  These heavy buggers were capable of scarring any disc (particularly the soft-cut acetates we used for local commercials) if they were "back-cued."    The commercials had an audible "beep" put on each cut just ahead of the content ... and if you were readying some other kind of disk for air you were expected to skip-cue to avoid the scarring.

The 9A's were essential for playing the vertical-groove World transcriptions service we subscribed to.   There were also more typical Shure or similar cartridges & arms for playing LP's, and later 45's. The 9A's were also used on the 78's, which predominated in my early days.

In the early 50's we never considered putting a telephone call on the air.   Our phone-quiz programs would see the announcer repeating the essential parts of what the listener was saying ... and of course, as a result, a fair amount of dead air!

The studios were maintained by engineers Charlie Smith and Dave Pomeroy.  They have my undying admiration for creating some of the best sound-proofing I ever experienced with some excellent wall treatment for optimum sound. We never wore earphones ....speakers in the control rooms and studios automatically went to "BG" or background when the mike switch was turned on.

At the outset of my experience the CKWX transmitter (in what is now ) was fully-manned by the engineering staff .. and the three-man crew there was responsible for recording and playing back whatever Mutual network shows we carried.   Among them were Twenty Questions, and the Chicago Theatre of the Air.  (The latter had to be edited to remove the ultra-right-wing commentary of Bertie McCormick,  publisher of the Tribune.)

My earliest enthusiasm in the business was for the operating side.   We had up-to-two hour blocks of soap operas morning and afternoon.    Juggling the three turntables was a challenge with each program having a music disk (some musicians union rule wouldn't allow integrating the network music into the daily drama), the daily episode on TT#2, and the commercial on TT#3. Getting from Ma Perkins to young Dr. Malone with often a recorded spot in between, called for some fast disk juggling and cueing.

And keeping focus on the music cues from the meager and oft-times incorrect timing scripts, was a continuing challenge.

When I joined the station some of the veterans of the air-staff were Cal George, Bob Hutton, Reo Thompson, & Vern Groves who was known as "Bob White" because of the quiz show he hosted. (Even when he read the news he was Bob White.)

I really didn't realize how great the Seymour studios were until Elphicke decided in the late 50's, that it was necessary for radio to make a major statement in the era of television, and built the "rockhouse on Burrard."   It's significant that I still remember 543 Seymour, but can't recall the street number on Burrard.   That flashy, modern specially-built-for-radio facility was nowhere near able to meet the high standard that had been set in the earlier model.

However the Burrard studios were home to the Mountie baseball reconstruction broadcasts...the $25 fees from which made it possible for me & my family to get the only home I ever built.

That was the situation for Jim Robson and many broadcasters when station budgets lagged behind the demand for "live" road game play-by-plays for baseball, and occasionally, football, hockey and lacrosse.

Between 1957 and 1969, Robson, along with CKWX broadcasters Bill Stevenson and Ron Robinson, began "reconstructing" Mounties baseball road games from the cheap seats inside the 'WX studios on .

Reconstruction is a polite way of saying they conjured the games out of thin air. Call it creative broadcasting.

Say the Mounties are playing in Salt Lake City. A designated teletype operator sends a more or less continuous wire message via Western Union on the game details. The teletype is abbreviated information about the batter, whether he hits right or left and how he does at the plate (i.e. "S1C" translated as strike one called).

As Robson and his broadcast partners received the teletype (a half-inning behind the action), Robson would effect a supposedly "live" play-by-play. Robinson - who had taped baseball-game sounds (boos, applause, cheers, the crack of the bat, a fastball popping into the catcher's mitt) - would mix the sound effects to suit the action.

"Ron Robinson was the real genius behind the whole thing," Robson says. "He was a perfectionist. He would even phone the ballparks and ask if they played organ music so our broadcast would sound authentic."

"We even had a P.A. announcer on tape as well," says Robinson, now in news at Victoria radio station CFMS. "However the crowds were much more reactive on our recordings than they really were at the ballpark. I felt a little bad about that."

There were - ahem - creative problems. Sometimes the line of teletype might be interrupted and a player's plate appearance sent into a black hole of mystery.

"Once, when we only had received two outs for an inning, we picked a guy off first base just to keep the batting order intact," Robson says.

At least baseball had some kind of order. In 1960 Robson did a phantom reconstruction of a Western Hockey League game between the Los Angeles Blades and the Vancouver Canucks. Robson had little more than a game summary to go on.

"It was a brutal idea," Robson says. "Basically, I had to make the whole game up out my head."