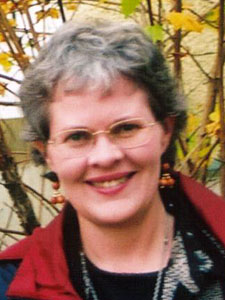 CKNW station manager Ron Bremner told Justice Ian Donald many of the disputes were over Davidson's smoking, especially those with reporter Pat Markley.

Markley especially objected to the smoke, which led to several confrontations, Bremner said, including threats of violence and flying ashtrays.

One day, Markley threw an ashtray. Davidson threatened to "punch her face though the back of her head," Bremner said.

"I can remember him literally shaking and turning red, repeating over and over, 'Keep her away from me.' I was trying to calm him down and I've got this lady over here, bawling.

Davidson is suing CKNW for wrongful dismissal, claiming $281,000 in damages for the unpaid portion of his $75,000-yearly contract.

Bremner - who fired Davidson after 30 years on the job - said it was finally decided to build a $3,000 Plexiglas booth around Davidson's desk to shield him from his co-workers and ventilate his cigarette smoke.

But Davidson finally went too far , when he threatened to have fellow sportcaster Neil Macrae killed, he told the judge.

"I was prepared to give him the benefit of the doubt until there was no doubt," Bremner said. "That was the straw that broke the camel's back."

The lawyer reminded the court station manager Ron Bremner did not take the incidents seriously. He said Bremner, treating the threat to Markley as "harmless outbursts" by the hot-tempered broadcaster, accepted responsibility for allowing the situation to fester.

As for the life threat against Macrae, allegedly made during a hockey game at the Pacific Coliseum, Nathanson said it was "blown totally out of proportion" by Macrae.

He noted Davidson was not asked by management to explain the incident at the Coliseum.