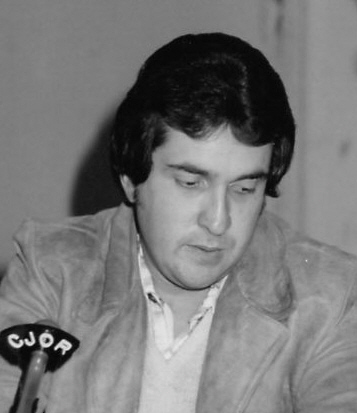 Don Wall took ill and retired in 1979, was succeeded by assistant general manager Neil Soper, who carried on with Wall's format.  Soper left CJOR a year later to join the Palmer Jarvis advertising agency and was succeeded by Al Anaka.

"A guide boat carrying publishing executive Neil Soper and grocery wholesaler Wing struck a deadhead in the Rapids while travelling at a fast clip. Soper was thrown into the water and luckily landed on his back. His floater jacket saved his life.

He had 13 pins inserted in a badly broken right leg at . After a week he was transferred to . He'll be a long time recovering."

"Fishing, an endless succession of chance happenings, serves nicely as an allegory for life. One minute Neil Soper's spirits were soaring with the eagles as his boat knifed through the water and in the next he was a couple of breaths away from dying."