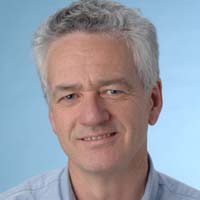 "Go west, young man." Mark Forsythe is an transplant who heeded the call in 1974 (a day spent on as child convinced him he probably wouldn't regret it). Fresh out of 's , he stepped off the CNR's Rupert (aka ) Rocket at Smithers, B.C. - the claimed his heart faster than the conductor could cry "All Aboard!" He learned the ropes in private radio there and in , where he was Program Director at CJCI Radio.

In 1984, he joined CBC Radio at , hosting and producing the regional afternoon and morning programs. When CBC Radio established new bureaus in and in 1989, Mark moved to the Okanagan to co-host Daybreak. He moved to a year later and now lives in historic .

Mark was co-winner of a Webster Award for a documentary on native/non-native relationships and nominated with CBC reporter Karen Tankard for their series 'No Fish, No Future.' After hosting The Afternoon Show for five years he's now heard between and on B.C. Almanac. News, current affairs and a one hour open line connects listeners around the province.

Mark edited and wrote the British Columbia Almanac in 2001 with net proceeds directed to . In 2005 The BC Almanac Book of Greatest British Columbians (a project with colleague Greg Dickson) was published - royalties to Friends of the B.C. Archives.

Passions include: reading and writing - with a focus on B.C. authors (he's a columnist in BC Bookworld and feature writer for various B.C. publications), running, fly fishing, photography and plucking guitar. He teaches evening courses in Writing for the Media at BCIT with CBC colleague Daniel Getz.

Personalities and production units are being juggled and squeezed for the fall season as CBC Radio Vancouver prepares for another round of budget cuts set for April 1997.

Beginning in September, Cecilia Walters, host of the Vancouver-produced show Almanac, which airs from to weekdays, is being shuffled to an undetermined position in the newsroom. Current Afternoon Show host Mark Forsythe is to replace Walters.