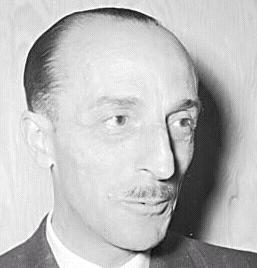 CJOR was the radio station which pioneered play-by- play broadcasts of sporting events in western .

Back 50 or 60 years ago, when CJOR completely dominated the local market, it was the only radio station in all of which provided regular play-by-play coverage of three sports: lacrosse, ice hockey and horse racing.

Leo Nicholson, a superb broadcaster, provided the play-by-play description of the lacrosse and hockey games. Jack Short was the voice of the races.

CJOR, owned by George Chandler, had its studios in the basement of the Grosvenor Hotel on . Right next door was the all- night government liquor store, another of 's greatest -- but, now forgotten -- innovations.

Back in the 1930s, when CJOR was number one, without any serious challengers, the station had an outstanding crew of announcers, including Dick Diespecker, Dorwin Baird and Gerry Willmott (who later went to ). But, the overwhelming popularity of CJOR resulted from its play-by-play coverage of sports.

Local historians are stretching the point only slightly when they suggest that Leo Nicholson invented box-lacrosse. However, the new indoor game was merely limping along until Leo began to provide his play-by-play descriptions on CJOR. Almost overnight, lacrosse became the hottest ticket in town. Nicholson made it sound so exciting that the listening public filled the arenas.

I heard them all -- and Leo Nicholson, with his well enunciated, machine-gun delivery was the greatest of lacrosse announcers.

When the Lions were playing in the Hockey League (and other leagues with other names) Nicholson was the play- by-play announcer on CJOR. He was an excellent hockey announcer but, lacrosse announcing was his forte.

When the Arena burned, and the Lions moved to the Forum, at the PNE grounds, Leo's commercial announcer and color man was Ross Mortimer. The between periods guest commentator was Jim Coleman, of The Province. There was no fee for guest commentators.

Leo was a colorful character. Born in , he served with the Royal Flying Corps in World War I, after which he went to where he was a pioneer broadcaster of boxing shows from the Bowl.

After he married and was divorced from a film actress, he came to and joined CJOR, owned by George Chandler, with studios in the Grosvenor Hotel on .

Box lacrosse, an indoor-arena game, had been invented a couple of years earlier in . It had made little impression in until Nicholson began his broadcasts in 1933.

Radio was the major source of home entertainment in 1933. Most people were devotees of the Saturday night hockey broadcasts from . Accustomed to Foster Hewitt's comparatively temperate delivery, Vancouverites were jolted right out of their seats when they heard Leo Nicholson broadcasting a lacrosse game.

Leo damn' nearly ruptured his vocal cords as he described the action. Yelping into his microphone, he was Excitement Personified and his dynamic description of the games took the city by storm.

Soon, there were block-long lineups for a ticket-office in the United Cigar Store at Granville and Dunsmuir. And, they priced lacrosse correctly for a Depression-era sport - tickets were 35 cents.

They provided fantastic entertainment in packed arenas, right up until the early years of the Second World War. The sentimental favorites were the Indians, composed almost entirely of native longshoremen.

Don Tyerman, of The Province, was Nicholson's back-up man on radio. Occasionally Don had to take over the mike for a few minutes when Leo's excitement over-strained his voice and, momentarily, he was struck speechless.

Leo Nicholson became a institution. He was the first man to have a regular sportscast on a local radio station. In addition to his lacrosse assignments, he was the play-by-play announcer for the Lions' hockey games.

In 1943, the Canadiens introduced English-language broadcasts of their games and they induced Leo to be their play-by- play announcer. However, he pined for . He came back and he died here in 1947, at the age of 52.

Leo deserves his niche in the Hall of Fame. He "made" box lacrosse a success in this part of the world. In his era, he was local radio's unchallenged one-man show.