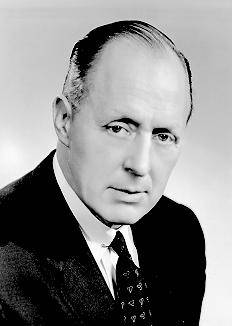 The first Director of School Broadcasts was Kenneth Caple, who was appointed in January 1940. Caple had been president of the Okanagan Valley Teachers’ Association when the Kelowna radio broadcasts were made four years earlier. He made an extensive study of school broadcasting in the United States and initiated several important changes in programming. Under his direction, programme guides and manuals were provided to teachers throughout the province. Programmes on modern languages, health, art appreciation and other school subjects were developed. Whimsical programmes — like Me and My School: Some Fun! — were also created. The number of radio stations carrying the broadcasts increased and by 1942 students in over 500 schools were listening to British Columbia Radio School programmes.

In 1944 Caple resigned from the Department of Education to become regional programme director for the CBC. Caple was succeeded as Director of School Broadcasts by Kelowna teacher Philip J. Kitley. Under Kitley the range of programming expanded to encompass a broad range of subjects suitable for Grades 1 to 12. Kitley also helped to develop a summer school course for teachers on the use of radio in the classroom.

By the mid-1950s over 1,500 schools were receiving school broadcasts on a regular basis, usually on Wednesday afternoons. The broadcasts dealt with a huge range of topics, from history and current events, to classical music and nutrition. Many of the programmes also had practical applications. A series of programmes in 1957, for example, offered high school students tips on Where to Find a Job.

Kitley left the Radio School in 1959, to become the province's coordinator of teacher recruitment. He was replaced by Margaret Musselmen and Barrie Black. In 1969, the School Broadcasts directorate was merged with the department's Visual Education office to form Audio Visual Services. At the time of the amalgamation, the radio broadcasting service had peaked, in terms of the number schools who regularly received its programming. Soon after, however, school radio was usurped by a new broadcast medium — television.