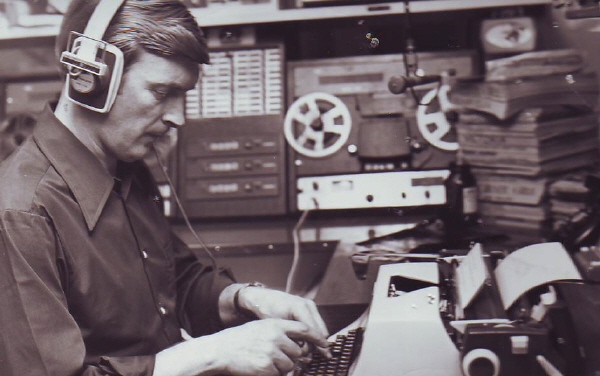 "When I started at CKNW back in 1984, not only did we have tough hosts but we had reporters like George Garrett who, when he got onto a story, was like a dog with a bone. So were his colleagues, guided by the best radio newsman of his time, and other times as well, Warren Barker with his fearless sidekick, John McKitrick." - Rafe Mair

general announcer at the age of 17. John's grandfather was a small town newspaperman which inspired McKitrick

Cash for news tips was working big time. "People who would never have dreamed of phoning a newsroom would call us with stories"