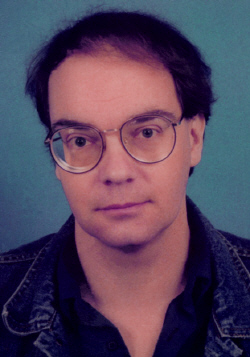 Jim Bennie: JIM has been in the radio business for 28 years, starting after several years of reading High School news over CFVR in Abbotsford (now STAR FM). He's familiar with the all-news format, having worked at CKO in from 1979 to 1988, including some time as host of the afternoon show.

It's being billed as a new sound for the all-news station, as NEWS 1130 has

shuffled their deck for the current fall rating campaign.

editor and program director George Gordon, who will helm the pivotal timeslot

alongside . It's a move long overdue as Gordon's pipes are

among the best in the business.

anchor slot. Bennie has spent years in this market, toiling for such forgettable

operations as CKO (anybody remember them?) and did the lion's share of news

to the airwaves at NEWS 1130. Joining Bennie in the chair (I mean in a

News1130 will provide coverage during the day from The Vancouver Sun newsroom, where exit poll results will be analyzed by political scientist Kennedy Stewart. Once the polls close, News1130's live coverage will be anchored by journalist Jim Bennie with reporters stationed in various municipalities, said assistant news editor Robert Linden.

In , Jim Bennie, a news broadcaster and avid baseball fan, says he doesn't have any sympathy for the players.

"It seems kind of ridiculous for guys making $3 million to $4 million a year to be complaining," said Bennie.

"I don't really care one way or another because we still have baseball here," he said.