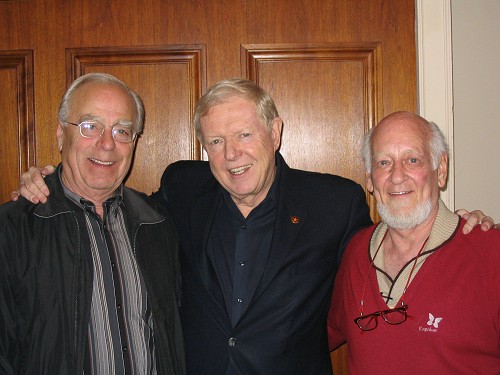 The first thing you notice when you enter the Vancouver Canadians press box is the small refrigerator filled with free beer. After cracking open a cold one, you can sit back and enjoy the buzz of activity in the press box (located on the roof that overhangs many of the seats at the Nat.) There's scorekeeper Pat Karl debating whether a pitch that sneaks past the catcher should be considered a wild pitch or a passed ball with Jerry Landa -  the team's former PA announcer who watches the games more attentively than many of the reporters who are paid to cover the team. All the while, a visiting play-by-play man calls the game from the announcer's booth with a deep hickory voice that seems to be transmitted from a different era. There's also the setting. When you sit on the roof overlooking this jewel of a stadium as the sun sets on Queen Elizabeth Park, you can't help but wax poetic about baseball's beautiful symmetry and quiet lyricism. Of course, that could just be the free beer talking.

It's true that good things happen to good people. Long-time local broadcaster and PR man Jerry Landa was honoured this week by the , B.C. Interior and B.C. Ladies Curling Associations for his input over the past decade as media liaison.

The boy announcer from the 1950's class of crew-cuts, Jim Robson, stopped by with former Canadians GM Jack Quinn, the all-time contra king who ran the club from l978 through l983. Jerry Landa, Bud Kerr, Joe Frizzell ... the gathering of the elder baseball statesmen continued to flourish while Clancy Loranger was lowering the bloom.