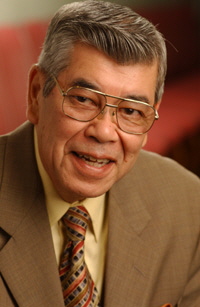 Jack writes – I received a number of awards circa 1979-80--one as a promotions manager and another as an 'OR talk show host--and later served as news director at WX (1981) where I reorganized and expanded their news operations.

When Jack Lee and Roy Peterson tell people that jazz great Louis Armstrong played their high school in 1952, hardly anyone believes them.

Now they've got a compact disc to prove it. Lee and Peterson tracked down an unreleased tape of the concert, made by the late disc jockey Jack Cullen, and have made it into a CD they're giving to fellow grads at tonight's 50th reunion of the Kitsilano high school class of 1954.

Peterson marvels at the sound quality of the show, which includes Armstrong standards such as Blueberry Hill, A Kiss To Build A Dream On and When It's Sleepy Time Down South.

"The energy level in the auditorium was just through the roof," recounts Peterson, the longtime cartoonist for The Vancouver Sun. "At the end of each song, it sounds like the Beatles. The kids just go berserk."

Lee recalls 1,000 kids jammed into an auditorium designed for 700. "To watch Louis walking down the centre aisle with the school president on his arm and his trumpet in the other hand was unreal," he says. "It was Louis Armstrong."

Jack McKeon, the Florida Marlins' 72-year-old field manager, is making his first appearance in the World Series in his 52nd year in professional baseball.

But McKeon's year of managing in in 1962 started his preparation for the last couple of weeks of craziness.

Forty-one years ago he was practically a rookie manager of the Vancouver Mounties, which may help explain why he would let a newspaper reporter convince him it would be a good idea to wire a pitcher for sound.

Perhaps nothing seemed unusual that season after a falling meteorite chased Mounties fielders into their dugout one night at Capilano (now Nat Bailey) Stadium. The visitor from space landed somewhere near Naramata.

Whatever the reason, McKeon let young Vancouver Sun baseball reporter Jack Lee talk him into wiring pitcher George Bamberger so that McKeon could talk to him from the dugout. It was an early indication of McKeon's willingness to think outside the box, even if that term hadn't been invented.

"He was a great guy," recalled Lee, who approached McKeon about using one-way radio to communicate with players. Lee introduced McKeon to Gordon Hunter and Ron Raine, who built a radio kit. They had to get federal approval. Lee called baseball commissioner Ford Frick, who had no objections. McKeon checked with Calvin Griffith, president of the Mounties' big league parent Minnesota Twins and a member of baseball's rules committee.

Baseball has since banned electronic communication, but McKeon still has the transmitter set he used in

Jack Lee's memory is amazingly vivid. It's been almost 20 years since the Vancouver Whitecaps were crowned North American Soccer League champions, but he still recalls most of the details that set up an enormous 'welcome home' for the conquering heroes.

Soccer Bowl '79 was played on at Giants Stadium in the New Jersey Meadowlands. Lee, then sales and promotions manager of radio station CJOR, which owned the Whitecaps broadcast rights, set the wheels in motion for a downtown parade on Sept. 9.

"Immediately after the game, which I watched in on ABC and monitored on CJOR, it occurred to me that we should have a small parade to welcome the players home," says Lee. "I mentioned it to Neil Soper, who was general manager of the station at the time. He was receptive, so I started making a lot of phone calls in a hurry."

Still serving on council, Bellamy had been parade marshal for many events in and agreed to organize the Whitecaps' event. He arranged for pipe bands and parade vehicles, then huddled with Lee and his CJOR assistant, Nancy Wall, to go over a proposed route.

"The original assembly point was to be the corner of and Granville," says Lee. "We figured it was logical because the players would be coming down Granville from the airport."

CJOR informed its listeners that a parade was planned and that it would be staged in the downtown area. Other radio stations also spread the word.

"Well, our switchboard just went crazy and I quickly realized that the final stop for the parade had to be changed," says Lee. "We decided on and announced it several times an hour, hour after hour."

Lee continues to be amazed at how quickly the parade came together.