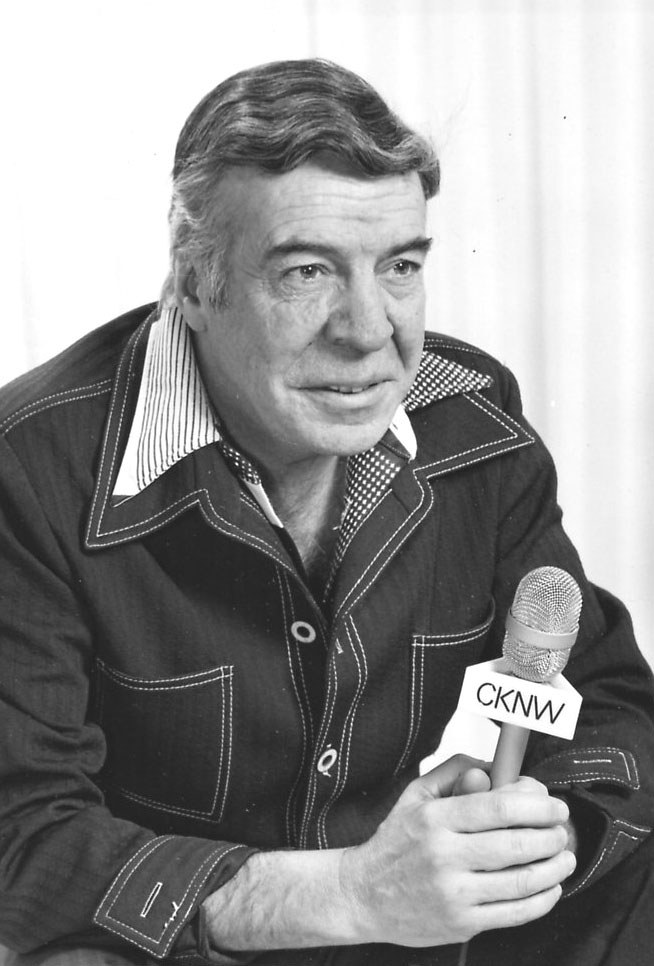 
”I grew up in the second radio generation.

The first was the Golden era, when radio featured programs such as Jack Benny, Lux Radio Theatre, The Green Hornet, live band shows such as Mart Kenny, Glenn Miller and others. It lasted until the mid-'50s, but television soon lured them all away.

Deejays, who had been part of radio since the thirties, took over the reigns at the radio stations.

As a young teenager, I discovered this new world where I could escape to, listening to deejays from far away. The dial wasn't so crowded in those days, and I could hear Al Jarvis, in and Gil Henry in , but my greatest inspiration was a local deejay named Jack Cullen.

Each night I'd listen to him as he played a mix of pop music and big band sounds of the past. In the early '50s he took requests. This was a magical time and place for me. I used to sneak out to take in his Saturday afternoon show, and enjoy being a part of his audience.

I knew then what I wanted to do with my own career.

Cullen came out of the Canadian Navy in 1945, enrolled in a radio school and found a job as a deejay and newsreader at CJAV in Port Alberni on Vancouver Island, in 1946. In the Spring of 1947 he moved to Vancouver and CKMO (it later became C-FUN). He had an all night show called Pacific Patrol and then later formed his own show Owl Prowl, heard nightly from to l a.m. He was getting noticed and was approached by Bill Rea, owner of a new station in called CKNW. It was new and at a much lower power than CKMO but Cullen made the switch in 1949. The famous Owl Prowl was heard nightly from to and he also hosted the 1320 Club (the frequency at the time) daily at

In those days, radio was bigger at night than during the day.

Cullen took his portable recorder with him around the nightclub circuit in town to capture interviews by visiting artists such as Judy Garland, Kay Starr, Tony Bennett and just about every major entertainer of the day.

Some times, he hid his recorder and taped live performances by the stars and played them on his radio show (that was as much of a no-no then as it is now). He was a true radio rascal.

You tuned in for more than just the music and his patter. You tuned in to hear the stars, and the stunts. You might find him broadcasting from a taxi cab as it cruised around town, or he might be broadcasting from the chair lift at Grouse Mountain or in the nude from the YMCA (truly) or you might hear him going up a flight of stairs to the roof above his studio to get a thermometer reading.

He was a character, but more importantly, a performer with a vast knowledge of music and a record and tape collection second to none. (At one time, the story goes, he had the largest private collection of sound recordings, only eclipsed by the corporate collection of BBC radio in the )

In , Jack broke the mould of formal broadcasting, which had until then been entirely scripted. He ad-libbed everything and created a new informal, natural style.

He became the trend-setter for all who followed.

One of the funniest incidents for me was when I first started my rock and roll show. At the time, Jack owned a record store on . He would tape television shows and illegally cut certain musical numbers on to, what was referred to in those days as an acetate recording (it was not pressed but cut on a record cutting machine). He would then sell them to you.

One day I sent one of my listeners (I played in front of a live audience in those days) down to Cullen's to buy an Elvis disc. When I received the record I quickly put it on the air, without hearing it first, and in the midst of the song you could hear Cullen saying "You can buy this record at Jack Cullen's record store."

He had been tipped that the disc was for me. You can imagine my chagrin.

He was highly competitive but never nasty. When he and clothier Murray Goldman brought the first true rock 'n' roll concert -- Bill Haley and his Comets -- to Vancouver in 1956, he asked me to emcee the show at the Kerrisdale Arena.

Cullen was named to the B.C. Entertainment Hall of Fame during it's first year of inception. His final radio shows were aired in 2000 on CKST in Vancouver (now Team 1040). He was removed from CKNW in May of 1999 when they decided to concentrate on talk radio.

Jack Cullen, broadcaster and entertainment buff ( in his own words)

For this delightful assignment, I was offered the chance to write about the thirties or the forties. I jumped at the 30s because I felt it was the most productive era for the entertainment field, which is close to my heart.

The 30s, of course, were the depression years, but our family was lucky. Father had a government job as a food inspector for the Department of National Health. But for others, the times weren't as pleasant.

For me, my love of movies came first. Wow! They were ten cents at the old Broadway and Music Box theatres. If you missed a showing or wanted to see your favorite films again, no problem. they were around for more than a year starting at the big downtown houses and then moving into suburban theatres such as the , , Kerrisdale, the Star, Roxie, , Fraser, theatres. No wonder they call the 30s the Golden Age of Hollywood!

My first interest in music came about through my love of the movies as well. Remember the great Busby Berkeley musicals with Dick Powell and Ruby Keeler? Over at , Bing Crosby was in full command.

RKO was Fred Astaire and Ginger Rogers. Shirley Temple, Alice Faye and Betty Grable were at 20th Century Fox. Universal Studios had Deanna Durbin. I was hooked on music through the musicals of this time.

I began collecting records in the 1930s. I still have my first disc - an old 78 by Dick Powell - Don't Give Up the Ship.

Later, I latched onto the sounds of Big Band Swing - Goodman, Dorsey, Ellington, etc. The composers of those days were the cream of the crop - , Porter, Harry Warren, Jerome Kern, Hoagy Carmichael and so many more of the giants.

Radio was truly King in the 30s. We used our imagination with dramas such as The Lux Radio Theatre, War of The Worlds, The Shadow and Mr. District Attorney. Saturday was a must for the Lucky Strike Hit Parade.

Then there were Fred Allen, Jack Benny, Amos n' Andy. For me I just loved those late evening dance band remotes from the glamorous ballrooms, clubs and theatres all across the radio dial.

Locally, we had live stage shows at the Beacon, Orpheum and theatres. There were great dance ballrooms here, too - The Alma Academy, White Rose Ballroom and the Palomar among many others.

Life was fun for a kid in those times. Bread was 10 cents a loaf, cars were around $500 and we actually had vacant lots to play in.

If you traveled south on , there were no houses between 33rd and the river. was our big playground.