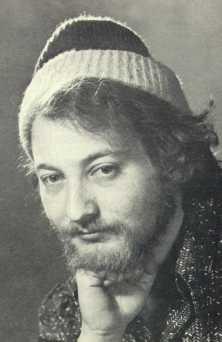 Arguably the most creative and influential radio announcer in 's history can't get a gig. Why not? Every city has a life, a history, an attitude that is its own, and only the savvy newcomer can perceive it after much work. was incorporated 108 years ago. Something in that time must have preoccupied us besides outdoor recreation. Of course it was countless individuals, events and political tempests that created our city. But since most of us just got here, whose going to recall all those shining moments?

You're in for a treat. Buckle up, 'cause we're taking a ride in the Terminal City Time Machine. Set the controls "Pre-Skytrain."

Or Raouel Casablanca, or Reverend Rock, even "Showbiz." Was J.B. a fugitive that he depended on so many aliases? Even Shayne he acquired, though most think that's the real one. It wasn't bank holdups that coaxed the change. More the fact he had an ethnic sounding name, which in the 60's (and even today) wasn't acceptable.

His first job offer came from Kamloop's CFJC, which meant he could come up with a name on the 6-hour drive to the interview. Unfortunately, his choice wouldn't work for that station. "Crane" (swiped from his hero, famous deejay Les Crane) was already in use around . After a bit more thought and a few trips to the phonebook he settled on "J.B. Shayne." If he did it all over again, he says, he'd stick with his own.

His days provided the strangest gig he ever had - hosting a Dick Clark-styled TV dance program. Shayne? Music? TV? A portentous career move as we will see.

The Madame (in drag)

Johnny (The Rebel Without A Car)

Slipping back to the coast, Shayne became a part of the last great years of radio. From the mid-60's on, AM stations CKLG 73 and 14 CFUN dominated the youth audience. FM99 was still in its "underground" phase circa '67. Shayne was just down the hall doing graveyards, developing the "Captain Midnight" persona.

What gained him the most fame in this period was his character "Chuck Stake" recorded for Roy Hennessy's top-rated 'LG morning show. Chuck was a hit, though it cost Shayne a lot of sleep. He recorded his bits after his night shift, and even showed up to promos at high school basketball games on 3 hours shuteye wearing Chuck's trademark hat and trenchcoat.

He didn't know it at the time, but J.B. was to be one of the last great radio stars. Certainly as this town was concerned. He'd modelled his style from his radio heros. As a youth he'd walk up into Kerrisdale carting a transistor radio. The better reception permitted him to hear stations in and .

"Personality-driven" radio it's said was invented in . In the early 60's he worshipped jocks Lan Roberts and Pat O'Day of KJR. Recently, the style died there with the end of KXRX. "I, like a lot of people, shed a tear for the loss of Mike West and Robin & Maynard and the 'X.' I wasn't a regular listener, but what I did hear stood up with the Seattle radio I knew in the 60's," comments Shayne.

Like every medium radio suffers the struggle between the creative side, and the side minding the bottom line. To some, Captain Midnight and all of Shayne's incarnations were the height of radio entertainment. To others Shayne was a puzzle. One boss who gave J.B. a wide berth was Terry David Mulligan. Mully was newly program director of CKVN (CFUN). "He phoned me during my shift," Shayne recalls, "and Terry said basically, 'just do what you do.' And I did, for which I'm grateful."

Of all the radio voices we hear, Shayne's was most suited to nights on FM. And for a time on FM99, Shayne became the prototype of FM after dark. But in a turn of events he speaks guardedly about even 20 years later, Shayne and the entire airstaff of CKLG FM99 were fired.

J.B. like the others at the station thought unionizing CKLG would resolve low pay and poor relations with management. When the certification collapsed then owners Moffat Communications decided to oust the troublemakers. Goodbye, airstaff. For Shayne and the others, including John Tanner, it was devastating. For a long time no jobs in commercial radio existed for them, period.

Like today, Sunday late nights were a TV dead zone in the late 70's. If you had no taste for Face The Nation you were stuck. Until Nite Dreems came along. Originally the cable program was no more than host John Tanner, a pair of record players and a mirror ball for weird camera shots. With Shayne - now known as Raouel Casablanca - it became 's first music video program. It was bargain basement TV for all the kids buying into the new wave.

During most of Shayne's career the lines were being drawn between popular music and the innovative - some would say "alternative" - music. The punk explosion was followed by the so-called new wave, and became one of its centres. No city of its size spawned as many new bands.

Shayne had always cherished Lou Reed, John Cale, Tom Waits, Roxy Music (he even got drunk with Reed once), and felt it was necessary to break new acts. CBC Radio made Saturday nights available for Neon Nites, where he got his largest audience. Neon was the precursor to Brave New Waves and David Wisdom's Nightlines.

His off-beat style made a few at the conservative Mothercorp nervous. His producer once said to him, "The problem, Shayne, is that you're ahead of your time." Someone in the studio countered, "No, Shayne is of his time." This, he says, was the highest compliment anyone ever paid him.

Pay TV became the new wild territory in the mid-80's. Superchannel ran a daring half-hour Shayne wrote and co-hosted called Nite Visions. Show partner Devora McDonald called it pay TV's "best kept secret." NV was a video show that experimented with themes and recurring characters. At its height it rated with S.C.T.V. as bold Canadian television. "A lot of the weirdness," producer Dave Baker says, "was just to see if people were watching."

A few more radio gigs followed, then David Marsden called. Coast 800 needed a morning host to live up to its goals for a fresh style. The Morning Dream Team and Hollywood North Report gave a whole generation reasons to listen again. Unfortunately, the C.R.T.C. made us switch off once more.

Currently voice work sustains Shayne, but he's looking for a crack at the limelight again. Radio, however, is unlikely to welcome him in its current conservative state. He thinks television might make room for him again. These days J.B. is hustling Hollywood North Report as a news and comedy half-hour. "It's your antidote to publicity. A movie program that's about the absurdities of movie hype. Trust me, its time has come."

Though I've tried, it's impossible to put 30 years of a person's life on a page. Shayne is a original. An artist. If we didn't have someone like him I'd be inclined to agree with the city's critics.