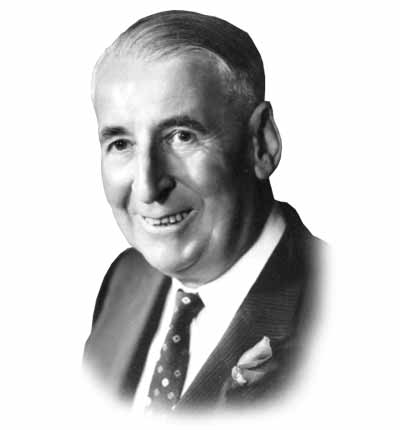 Frederick John Hume (May 2, 1892 - February 17, 1967) 1923 - Fred Hume started CFXC (440 meters 10 watts) in the back of an electrical repair business in New Westminster. He sold radio sets. Needing better space for the entertainers, the station was moved to The , 713 . Entertainment was live with piano, violins, singers – people doing it for fun for two hours a night. The studios were provided for free rent. The landlord received a mention on air in the evening. This radio signal could hardly be heard in .
1925 - A new transmitter for CFXC (1030 kHz 20 watts) was installed. But soon, Hume decided radio broadcasting was not for him. The next year he sold the license for $600.00 ($50.00 down and $25.00 a month). The purchaser had bigger plans. The station was licensed for so the new owner closed it down.
1926 - The transmitter was moved to and a new license was issued to CJOR (1030 kHz 20 watts).
Hume was a partner in an electrical store, Hume and Rumble Ltd. The company expanded into a large electrical contracting firm. It became the largest of its kind in western . When it was later bought out, Hume became a rich man.
Fred Hume had a life long interest in sports - mainly lacrosse and hockey. Hume was involved in the ownership of teams and in the formation of leagues. He was inducted into the NHL Hockey Hall of Fame in 1962 for his efforts in bringing an NHL franchise to the west coast.
He was an alderman and then Mayor of the (1933-1942) before moving further west where he was elected Mayor of the City of (1950-1958). “Friendly Fred” was made Freeman of the City of in 1964. He had worked for a $1.00 a year and was called ’s Nicest Mayor with his small village charm.