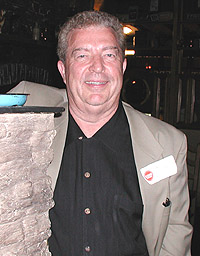 10 million dollars in BC property damage

A fairly serious storm hit on the day before Freda hit.

It caused power outages, a death from electrocution and much damage to small boats. It was the worst storm in in 20 years. Who would have guessed that a much more vicious storm following so closely? Comox air station reported 80 mph winds. The Columbian Newspaper called it a gale.

Freda hit at Friday and damaged BC hydro lines in province in the worst way ever. A mars water bomber was lost in the storm. This was the remnants of a tropical storm. felt its fury for four hours starting at Saturday. Seven people were killed overnite

Saturday October  13  clean up  The Columbian printed a special edition on Sunday. It is not known if the power outages prevented a Saturday edition. Power was out from to Hope. Power had been down since Friday . It was much worse in the with 35 lives lost in the mother of all wind storms.

The Chuck Davis book on CKNW says Gerry Davies was holding down the night shift Saturday morning and many photos show him under the candlelight.

Gerry Gawne however claims that he was sitting in for Davies that night as Davies couldnt make to the station or was on holidays. Gawne also claims that Jack Wasserman wrote about  him in his column about the NW coup. NW was the only station on the air for the storm and retained many of those listeners after that storm.

We have yet to hear the end of this story.

On October 16, CKNW was the only station north of the border to remain on the air overnight after Typhoon Frieda raced up the west coast of .  Chief Engineer Jack Gordon had prepared an emergency broadcast system allowing it to serve as a coordination and information centre.  All-night fill-in announcer Gerry Gawne anchored the program.

Some time in 1962 John Ashbridge was hired as a part timer and then moved to CFAX to work for two years while completing high school. Once he had graduated his talent was heard in and Gerry Gawne of CJOR auditioned him. He moved to the big city "in the summer of '64".