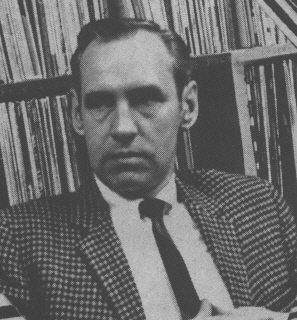 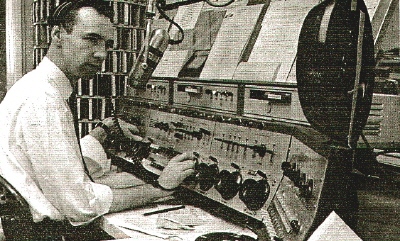 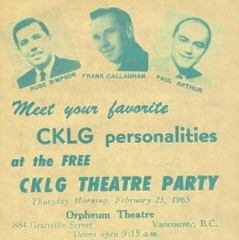 Little information on Frank is available. As a host and disc jockey - he is a reflection of the ‘before’ rock period of LG but he has made his mark in history for helping start the ‘Boss Jock’ period in Vancouver and for launching LG-FM in 1965 which began experimenting with ‘young peoples music’ at night and in 1968 was a full time rock FM station.

In July/65, Roy Hennessy was in for the launch of KHJ as “Boss Radio”.  He passed the information back to program director Frank Callaghan, who also flew to to check out the new sound.  The following month, CKLG “Boss Radio” debuted.  Within six weeks, it had scooped up many of the listeners from Top 40 rival CFUN.

“Frank Calahan (sp) CKLG program manager of AM and FM stations estimates that the FM station broadcasts about 25% classical music and 75% good music or middle of the road music. But even good music stations are changing. In the future we could possibly run pop albums like the Beatles latest LP that is designed to be played in stereo.”

Mike Cherry writes - "Province 1969 radio article" - Date unknown, but this is a clipping
I kept from the Province on the current state of radio & it has a brief
statement from Frank regarding LG AM & FM.

Mike Cherry writes - "Frank Callaghan interview" - There are 6 pages to this interview which
was in the June 1969 (Issue #3) of "Poppin" magazine.

Q. When did the FM station start? A. On with wall to wall middle of the road music – MUZAK. The FM station wasn’t getting any reaction. We have started playing album music that was showing up on the list of best selling LP’s.  The people who are listening are in their 30’s and 40’s in the “New Society”