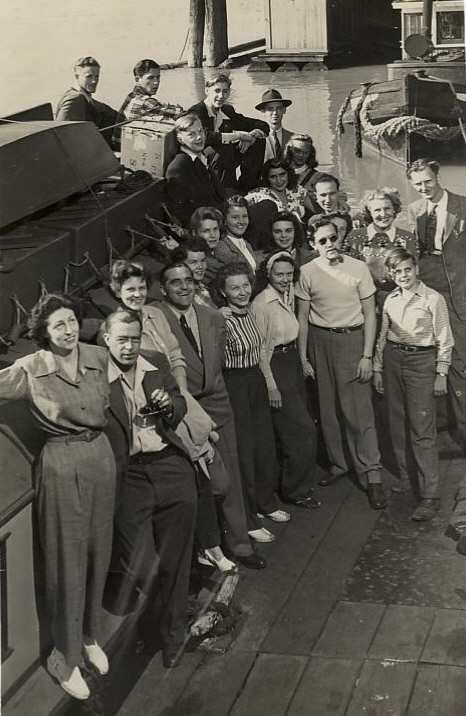 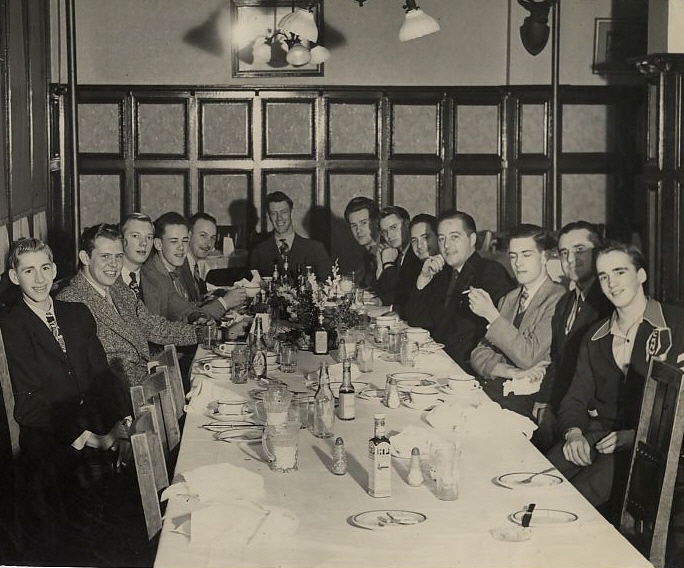 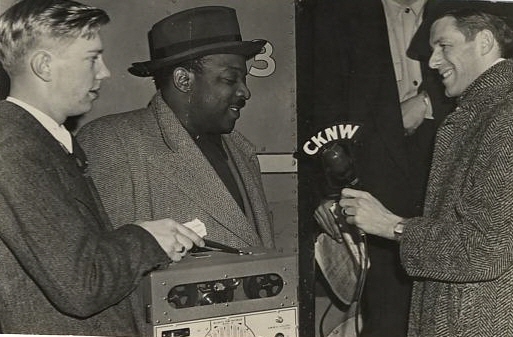 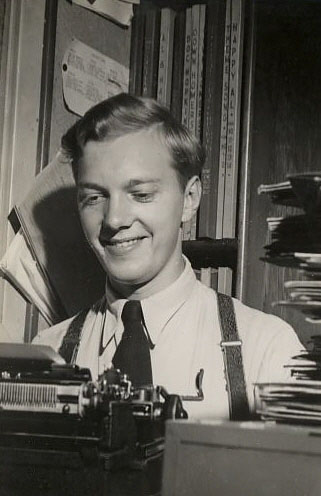 In 1958 Ferdy went into the Lutheran ministry and received a degree in religious studies. He writes for church magazines and is retired in .

‘Dale Baglo’ has his own production studio in and creates and produces radio commercials for stations across and even into the States. He was at BCIT in the early 70s and Hal Davis arranged for him to work in the control room at NW for a year before he was accepted -- that really gave him a head start.  Dale began to specialize in commercial production.  He has had a 10-hour Christmas program "The Gift of Christmas" on over 100 stations across for the past 15 years.

I was at CKMO from the fall of 1943 to the summer of 1944 when Bill Rea lured me to become part of the original staff at CKNW.  In 1950 I joined the production staff of CKDA and was there for a year when I returned to CKNW, at the time planning to study for the Lutheran ministry.

In the fall of 1952 , my wife, young son and I moved to where I
began my studies there.  While at the and the
Lutheran Seminary I worked at CKOM, again in production.  I was ordained in
1958 and as assigned to a parish in southern .  In 1961, I was
sent by the Lutheran World Federation, , to , where I
had the job of setting up and running a production studio for Radio Voice of
the Gospel, headquartered in .  Those four years in
were exciting and challenging.  We returned to with our four
kids in 1965, and after some studies in for a Master's degree,
re-entered the parish ministry in .  In 1970, I resigned
from my parish in order to complete my masters and took a job as newscaster
on CJJC in .  That was my last foray in radio.  I did take a TV
production course at Ryerson, , in 1972, sponsored by the
Council of Churches with which organization I worked in public relations and
media.  I have not done any radio work since.  I did remain in the media,
however, becoming editor of a regional publication for our church, and in
1985 moved to to found the national magazine for our in -- the Lutheran.

In 1991, I retired and we returned to my home province where all four of our kids and ten grandkids live.  After retirement I served as editor of our national devotional publication ‘Eternity For Today’ for six years, and since 1996 have been the Canadian correspondent for Ecumenical News International, Geneva -- feeding news of ecumenical importance on the Canadian scene.