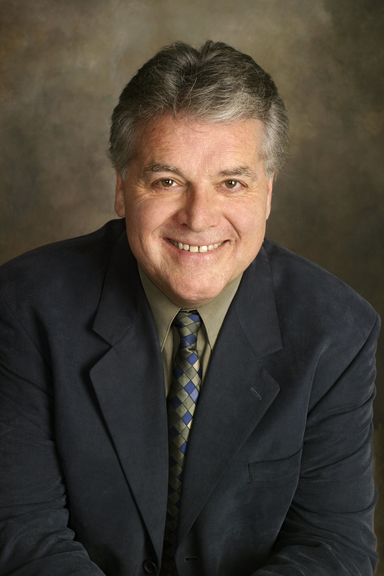 Anyone over "a certain age" who grew up pretty much anywhere in the general vicinity of the Lower Mainland fondly recalls band names, some of which are relegated to the past and at least one which has been resurrected to perform again because it seems that everything keeps coming back to the Night Train Revue. Jason Hoover and the Epics, Soul Unlimited, the Shantelles, the Shockers, the Stags and of course, the Night Train Revue haunted venues that were the home of live music every weekend, such places as The Grooveyard on Carnarvon Street in New Westminster.

"The person at the core of the Grooveyard story was Les Vogt," explains Douglas Miller, former mayor of Lions Bay and a successful realtor, but who, in a previous life, managed the Grooveyard and helped establish a parade of artists that performed there live that included the home town bands as well as such acts as Ike and Tina Turner, Paul Revere and the Raiders, Bo Diddley, the Sonics, and the Kingsmen.

"When I look back," he says, "I think I just took it all for granted at the time, working with some of the most talented people in the business - and of course, there was Chuck Cliff - we met during the Grooveyard days and my friendship with him has endured. Chuck is the Godfather of Vancouver rhythm and blues."

Chuck Cliff is all that and more. He fronted the Night Train Review throughout the '60s sitting at the organ with a powerhouse rhythm and horn section that made such classics as In the Midnight Hour, Hold On, I'm Comin’, and Knock On Wood crowd pleasers weekend after weekend at The Grooveyard.

Legendary disc jockey, successful manager, promoter, TV personality, and Rock and Roll Hall of fame inductee Red Robinson says of those days, "It was a real gamble to play rhythm and blues - we didn’t have the big black populations like they did in or - and Les Vogt really took a chance with The Grooveyard."

The end of an era came when the Night Train Revue was set to tour in 1968. Just before they left, legendary blues guitarist Ike Turner said to Chuck Cliff, "Don't go. It's a terrible, terrible life. You'll be living in crappy hotels, eating crappy road food - it's not the way to go. I do it because it's all I know."

So Chuck Cliff stayed behind. He and his wife Miss Suzanne, featured vocalist with the Night Train, had two daughters and a son and Chuck Cliff has run a successful property tax consulting company during the ensuing years.

"You have to have a job like that," he explains, "so you can be a musician."

But he now has the best of both worlds. In 1986 Chuck Cliff got the old band together and began playing the old music, mostly for fundraisers and similar events. Douglas Miller who went from The Grooveyard to a successful career as a disc jockey, and then weatherman and news anchor at the then CKVU still shows up on occasion to introduce the band. The Cliff's two daughters now sing with the group as the Soul Inspirations, and the R & B never sounded better.

The NIGHT TRAIN REVUE is comprised of 10 musicians and seven vocalists and is 's largest self contained show. The vocal line up of originals SY RISBY, KENTISH STEELE,and MISS SUZANNE along with the Dean of Vancouver soul music HARRY WALKER and the previously mentioned SOUL INSPIRATIONS has often been referred to as the anthology of westcoast rhythm and blues.

Weatherman Douglas Miller has left CKNW to join a new morning package put together by CISL. The Richmond station, after failing to recruit Rick Honey or Fred Latremouille as morning-man, is pursuing a star from the East, which is always a popular sport in December. To replace Miller, CKNW has brought back Norm Grohmann, who brings back Andre LePucque .

"I do the weather every afternoon between 1 and 2 out on the stoop," he says, his St. Boniface upbringing dangling from his voice. "At least once a week, some trucker says to himself, 'There's ol' Douglas, maybe I give him a blast to say hello.' Clears your sinuses right up," he concludes.