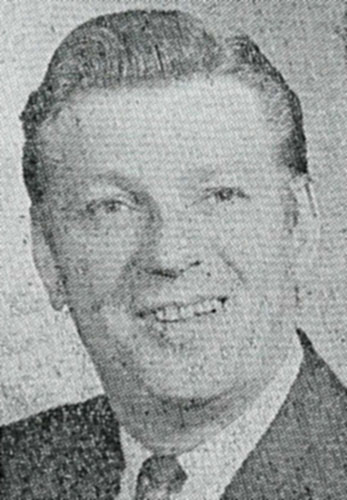 At the service for Don Wall, who established the talk-show format in his years as general manager of CJOR, his old business rival from CKWX, Dalt Elton, ended his eulogy by singing Going Home as a personal grace note.

Station general manager Don Wall changed the station's format in 1978.  It was the first of a series of format changes and served only to alienate the older, loyal audience.  Wall put disco music on Saturday nights and inserted segments of music during the Terry Moore program.  , says he told Wall at the time that disco was on its way out.  And he says the music segments during his program "kissed off all the people who had listened to CJOR for years." Wall took ill and retired in 1979, was succeeded by assistant general manager Neil Soper, who carried on with Wall's format.  Soper left CJOR a year later to join the Palmer Jarvis advertising agency and was succeeded by Al Anaka.

“I used to mess around too sometimes....considering my real name is John Robson Sykes.....I played around a bit....like J.R. on sports.....J. Robson Sykes, etc.  I got shi* from CJOR Stn. Mgr., Don Wall for the latter....he thought I was playing on J. Paul McConnell's name....using first initial and second name....I told him no, it was my name....had to show him  my driver's license.” -  John Sykes

“Some of the Radio Execs I worked for in my early years in . Don Wall had values like "Do it right the first time, 'cause you may not get a second chance" and "Stride through the corridor, don't stroll" and "If you expect the best from people, chances are you'll get it." – Roger Abbott

“He also had a reputation (well -earned) for getting off work at Saturday morning and getting into a big fat poker game that would go straight through the rest of the weekend.  I recall a memo from Don Wall for the night-time producers to ring Jerry at a certain hour to make sure he was awake and headed for work.  Then, of course, we had to check the couch outside of Al Erdman's office (the 'coffee room') to make sure he wasn't napping just before .” – Ken Hardie

“Back in the Seventies, when I was working at CJOR, station manager Don Wall burst into my office one morning, gushing the good news that he had just signed Reynolds to do a morning talk show, available after quitting in a policy row with Joe Clark.

Wall asked me, "What do you think?"

I told him, "He'll do a good show, but eventually he will get you into trouble."

I didn't think of Reynolds in terms of Parliament Hill. I thought of him as for life, a stock hustler right out of Murray Pezim's stable.

Reynolds did the job for three years. He caused no problems, built up good audience numbers and took home a barrel of Jimmy Pattison's money.

The only way I can justify my suspicion was that Reynolds, handsome, a bit dashing, always stylish, was just too smooth by half. Like Gordon Campbell, he created suspicion for no substantial reason. For my unjustified doubts, I apologize.” – Denny Boyd

Former CJOR general manager Don Wall is reported in critical but stable condition in an hospital after receiving a new heart Wednesday.

Leigh-Anne Stradeski, a spokesman at in , said Wall, 61, was on the waiting list for a new heart for about 10 days after being approved for the operation.

She said it is normal for transplant patients to be in critical condition for about 72 hours after the operation.

"I would assume Mr. Wall's condition must have been urgent for him to receive a new heart so quickly," she said.

Following recovery from the initial surgery, she said, Wall will remain in hospital about a month.

Former general manager Don Wall, now retired, created a top- dollar 1973 talk-show stable that included Jack Webster, Dave Abbott, Ed Murphy, Pat Burns and Chuck Cook. He said yesterday, "Contrary to what is said, talk is not cheap. To do talk radio properly requires a lot of money and CJOR recently has been spending a buck-and-a-half where $50,000 is required. Unless they had absolutely the best talk talent available, I think a format change is no great mistake.