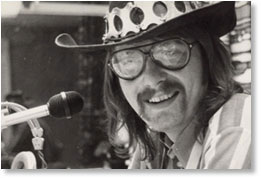 Doc having a bit of fun 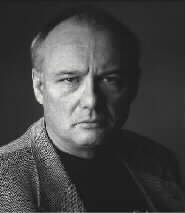 Doc frowns for his fans

Doc Harris is one of those announcers who put a smile on your face every time you listened to him. His off-beat sense of humour and relaxed delivery has charmed listeners since the early '70s.

Harris started his career in 1970 at CKOM in . He was Gil Harris then, and used that moniker at his next two stops - both in - at CKSO Sudbury and CHAM in . In 1971, he moved to 's CFTR and - as Doc Holliday - was one of the first Top 40 announcers at that station which had just flipped from easy listening.

In 1973, Holliday moved to - changed his on-air name to Doc Harris - and began a long and successful career at stations like CKLG, CFMI-FM, CKKS, CKST, CKNW, CFUN and CISL.

Harris was also one of the first radio personalities to get his own web site. His site at www.docharris.com has been on the web since 1994.

The multi-faceted and well-travelled broadcast veteran Doc Harris at CISL on Sundays, who's been scouring the vaults and will wipe the dust off scores of his benchmark features from years and stations gone by.

Among Doc's myriad radio nuggets are such staples as "The Harris Report," "Rip-Off Convenience Mart," "Grandpa Miller" and the "Old Jokes Home."

So how does Doc feel about finding a new place to dwell and a new home to display fruits of his labour?

Local radio host Doc Harris was a happy but poorer man Wednesday after a Canadian human rights tribunal cleared him of sexual harassment. In a 2-1 decision, the tribunal found Harris - - real name Gilbert Auchinleck - didn't sexually harass his morning co-host at CFUN radio in 1994. Taylor Hewstan, a screenwriter, alleged Harris hugged and kissed her and made inappropriate comments while they worked together in the spring of 1994.

Doc Harris was kissed off by radio station KISS-FM yesterday.

"The new general manager . . . burst into the room and from the vibes and body language it was obvious it was all over," Harris said.

Harris, 41, who was working without a contract, said the firing came as a surprise.

"I loved it. One of my favorite radio jobs with wonderful people I'll miss."

Harris topped popularity polls run by The Province in 1984 and 1985 when he was morning man at CKLG and CFMI before moving to KISS- FM.  (Nov/89)