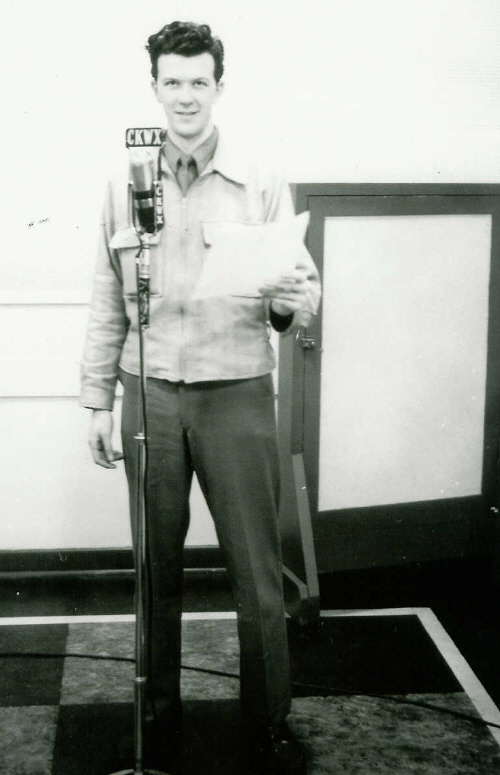 Jim Robson's special hello to shut-ins when he was on the air doing Canucks Hockey - the trademark came from former WX disc-jockey Cal George. "People in the business think it's corny, but it's not corny to the shut-ins." says Robson.

Robson readily admits he "borrowed" the idea from 'WX announcer Cal George, who co-hosted a cooking show called "Neighbour Nina" with Nina Anthony, mother of Fin. Robson picked up on the shut-in routine in 1956 and soon realized the magnitude of his commitment. "Over the years, I've received hundreds of letters written in Braille as well as letters from hospital patients and the elderly," Robson says. "I've even got a plaque engraved from 'The Boys at Mountain Institute' in appreciation for not forgetting them." At first glance, he didn't realize these admirers were residents of the Agassiz Mountain Prison. Former Canucks owner Thomas K. Scallen, who spent nine months in jail on a fraud conviction in 1973, once told Robson the inmates at the B.C. Pen would clink cups against the bars of their cells when he'd say hello to the shut-ins. "We took it quite personally," Scallen said. When the Canucks entered the NHL in 1970 and Robson did his first Hockey Night in telecast, the producers - all toilet-trained in - instructed him to drop the shut-ins greeting. They thought it was corny. The usually mild-mannered Robson argued and won.