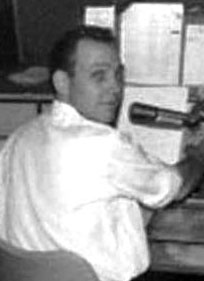 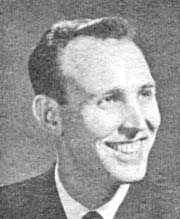 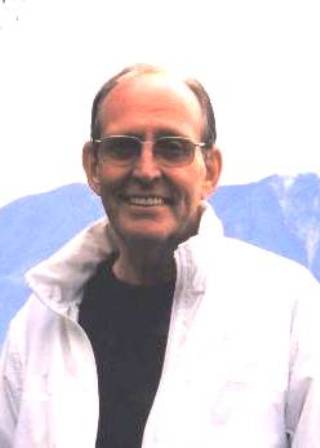 I graduated from Magee high school in Vancouver... class of '52….then worked in a bank, spent a year as a divinity student and had various dull jobs until I found, loved, and entered the radio business which sustained me for most of the next 47 years.

I got in the business, more or less by fluke.  I was fascinated by hydroplane racing which was very big in at the time.  In the summer, 1959, I urged one of the big names in the sport to compete in the Hydro Regatta held annually at , near .  While doing PR and promoting the Regatta in the media, C-FUN radio asked me to do reports on the race for an "Around Town" type program they ran on weekends.

The station’s then PD, Terry Garner, heard the reports and left a message that I was to be in his office next morning where he hired me to do hourly reports on weekends from through-out the Lower Mainland... mostly traffic or "events".  At the time I was pricing nuts and bolts at a supply company and jumped at the offer which soon led to a News reporter’s job followed by the all-night DJ show.

After several months on the C-FUN overnight gig, I was invited to join Kamloops Television station CFCR.  This lasted until in the late spring of 1960 when CFUN changed format and manager Jack Sayers under the urging of Dave McCormick invited me back to to do mid-days as one of the original "Good-Guys."

I left CFUN for the in 1962 to work as a DJ In San Bernardino, California at a new Rock station. John Peel was on K/Men when I returned for my second sojourn at that station in 1966.  John & I became reasonably good friends.  I was the PD and he was the Music Director, I did afternoon drive and he followed me 6-9.  He was the second DJ to fill the shoes I left in 1965 for a year long sabbatical at KLIV, as PD.  John's days at K/MEN were short... less than two years, but he drew an adoring audience and his presence there was peppered with interesting side-bars----preludes to his far more worthy career.  As you know he died in 2005.

I returned to  in 1968 and took on the job as PD at Joe Chesney's Langley Country Music Station - CJJC.  This job lasted on and off for several years until I joined Bob McClelland in as his Administrative Assistant while he was Minister of Health.  When Bob moved to the Labor Portfolio I joined Dave Armstrong's station CKDA as News Director and returned to in the mid 80's. I anchored News desks at CKWX for four years and CHRX/The Bridge for four years until in 1995 I was hired as a news anchor at Metro Broadcasting in where I worked until retirement in 2001.  I now live with my wife in the .

I had a natural delivery but not a great voice however I trained myself to use inflection and over the years recorded spots and did features both for the radio station I was working for or as a moonlighter.  I have won several awards for my feature work.

Regarding the folk I worked with that meant a lot to me - in Vancouver, Dave McCormick, Brian Forst and Al Jordan; In California, Ron Jacobs and Bill Watson; - in Hong Kong, Kelly Dean.

I still communicate with all of them and was re-united with my fellow American DJ's in 2004 when our station (K/MEN) was inducted into a California Hall of Fame commemorating the 1960's.

When I started it was not a job - it was fun and remained so all my life largely due to the friends I made in the Industry.

I retired when I was 67 after meeting my future wife, a Filipino who was 48 when I met her. We built a home on her ancestral property outside and are inseparable after six years of marriage.  I exchanged a microphone for a hoe and have a huge garden of tropical plants and fruit trees.  My wife and I have several small businesses and lead a reasonably good life considering that we reside in a country where the now un-used term, "", was never more obvious. All the best....Brian L.