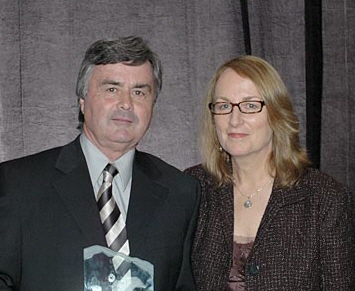 Brian Coxford has been with in for more than 30 years. He started his journalism career in at a local radio station as a news reporter. Brian then decided to move out to the West Coast and worked briefly at CKNW before moving over to BCTV.

A senior reporter in the news team, Brian investigates major stories and has a knack for understanding what topics and issues are of most importance to his viewers.

He recently won a Jack Webster Award for Best Television Feature for his Eurohealth series in which he traveled to to examine several health-care systems and found that they were among the best in the world. Countries like , , and do not have waiting lists and have a combination of private and public health-care systems. He also went to , which shares the same healthcare problems as , but unlike us, is reforming to bring it up to speed with its European Partners. His findings show that Canadians are not getting the same care, even though they spend about the same as Europeans.

His feature also won a 2005 Gold Ribbon Award from the Canadian Association of Broadcasters for the Best Television News Special, as well as the Dan McArthur Award for in-depth/investigative reporting from the B.C. Radio-Television News Directors Association.