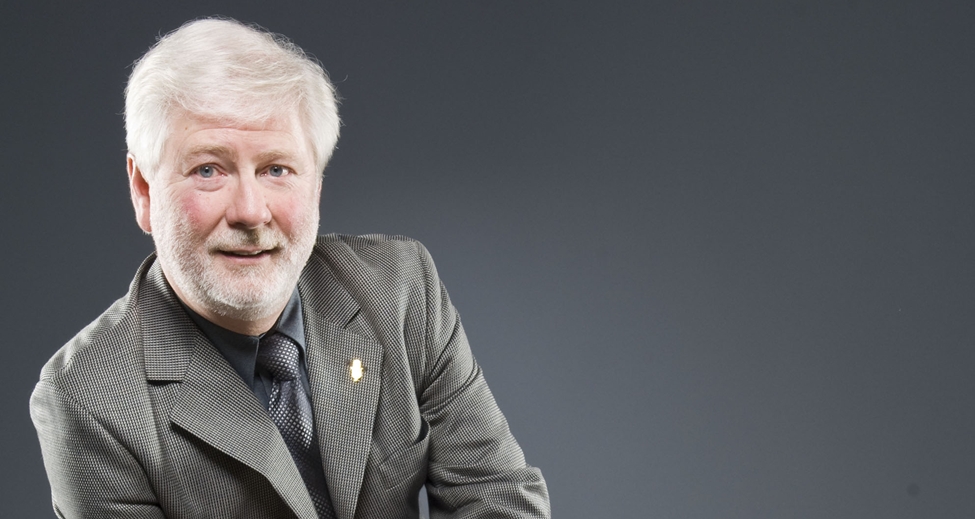 Word has been getting around that my years at BCIT have come to an end. With the Institute's current $12 million plus budget challenge, and close to 80 positions being downsized, about 21 of them management, there has been the inevitable effect on our Broadcast and Media Communications department, and it's now been confirmed that I will be gone as of March 31st, so I'm letting folks know via this mass e-mail. When I informed students and our advisory committee earlier this month of my departure, the tentative date was June 30th, but this has now been revised to three months earlier, March 31st. I'm 61, will receive a severance package and then have a pension awaiting me, and thus am leaving a few years earlier than I had chosen to.

BCIT's Broadcast department will be in good hands: Laura Davie will assume the position of associate dean for both Broadcast and Digital Arts, as the departments' administrations will be combined. I'm sure Laura will be a strong advocate for our programs as well as her own. Laura's proven track record in revenue generation, program creation, and collaboration will prove to be a huge advantage.

I've loved most of the past 43 years of being associated with BCIT in one way or another, and will miss it and everyone associated with it immensely. I came in the front door as a green broadcast wannabe in September 1967, and emerged two years later with a bucket load of training, experience as an operator at CKNW, and a full time position there ahead of me. Over the next many years, while taking on various roles at CKNW, I became an employer of BCIT students and grads, a "graduate" member of the advisory committee, then a part-time studies instructor. In 1977, I joined BCIT as a day school instructor, then became program head in Radio, and ultimately associate dean, leading the department. With a couple of years off for good behaviour, managing CFVR in Abbotsford, I've been associate dean of this department for 25 years this May, and it's all been a very good run. All these years later, I've still bounced out of bed, excited about what lays in front of me for the day. When you still do that after four decades, you can be confident you've chosen the right career!

Along the way, I've had the good fortune to work with some outstanding people, to contribute to the career development of a few thousand students, to be involved on the local, provincial and national scenes in the industry I love, and to enjoy just about every day.

My thanks to everyone for the connections we've shared over many years. It's always been interesting, never been dull, and I've been proud to represent such an exceptional organization on a broader stage, never more proud than at the annual Broadcast Convocation Ceremony when our brand-newly-minted grads walk across the stage in front of us all to cheers, embraces, good feelings and the anticipation of what lies beyond.

I'm feeling much the same way as them today: I have no idea what comes next...a "graduation" of a different kind perhaps at the age of 61!!!

I owe many thanks to many folks, but the most special thanks must go to Jan Wadsworth for being my partner in the front office in Broadcast Centre over these past 15 years. Jan's dedication to keeping things running smoothly in our operation is legendary, and I owe her a huge debt for her patience in constantly retraining me! Jan is retiring from the Institute on March 31st, so we'll walk out the door together, and there will be the inevitable period of adjustment in connections with Broadcast. I know everyone is hoping for your patience in the coming months.

I plan on continuing to teach night school, and hope to be facing another 20 or so young fresh faces three times a year, eager to launch into learning about careers in broadcasting. For the immediate future, I plan on spending time with friends and family and catching up on some of the things that have taken a back seat for a while, starting with sleep! No more 445am alarms!

Difficult times arise in life. Some affect us, others don't. In this case, the current budget challenges at BCIT have affected me in a very personal way, but I'm okay with that. I've had a good run, and leave with an extremely positive feeling about an exceptional group of training programs, an outstanding group of faculty and staff, and an Institute that's dealing with the challenges of some very difficult days in a professional and caring manner. BCIT will get through this period, and will continue to do what it does best, preparing people for careers that help drive the economic engine of British Columbia. I wish everyone well.

Brian Antonson fell in love with radio as a teenager, first creating his own hobby radio station at home, and then starting the campus radio station at the then-new Simon Fraser University in 1966. He moved to the new Broadcast Communications training program at BCIT and graduated in 1969. His part time job at CKNW became a full time job at graduation, and he became a commercial producer and weekend on-air host. In 1974, Brian became Production Director at CKNW and started teaching night school at BCIT. In 1977, he moved to BCIT as an instructor in the Radio Program, became Radio Program Head in 1982 and Department Head for the Broadcast Department in 1985. In 1990, Brian took a two-year leave of absence to manage Radio Station CFVR in Abbotsford, and returned to BCIT at the end of that leave as Associate Dean, Broadcast and Media Communications, and has lead the department ever since.

Author (with Rick Antonson and Mary Trainer) of "In Search of a Legend: Slumach's Gold", 1972, 1973. Editor of "Canadian Frontier Magazine", 1975-1980. Co-owner of Antonson Publishing Company, 1972-1982, editing and producing some 29 books including several Canadian best-sellers. Author of several articles in various publications on different topics over the years.