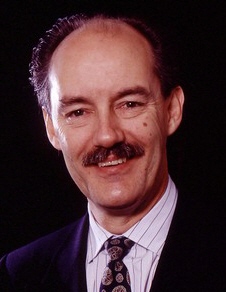 TORONTO - When Bob Boving speaks, his silky smooth voice has a ring that makes you think of the CBC.

"At 9:57, I'll be the guy saying, 'Stay tuned for the National and the Journal,'" says the Toronto resident.

Boving, 39, is one of a legion of Canadian performers who earn an often-lucrative living by selling their vocal abilities to play up a product's appeal - whether it's a commercial for a television station, a brand of beer or a cold remedy.

Once a week, Boving visits a downtown CBC studio to tape up to 80 station announcement clips. For two years, he has also reminded viewers of what's up on The Box in the national network's promotional ads.

ALTHOUGH BOVING'S voice is heard more often on the air than Knowlton Nash's, he has none of the news anchor's fame - which is just fine with the privacy-conscious performer.

"To the average viewer, the voice is there and if it's pleasant, it fades into the background," he says.

"What I'm doing now fits into my feelings about private life. I am visible, yet very invisible."

In any major centre, a dozen such anonymous voices generally rule the airwaves, says Eric Zivot, who teaches a course for would-be performers in Toronto.

The best of them belong to a class of performers considered the highest-paid members of the Alliance of Canadian Cinema Television and Radio Artists, say alliance spokesmen.

For a single television session, a performer can earn $282.50 for four hours work or $302.50 for radio work under ACTRA's agreement with the advertising industry.

From the files of Jon Pearkins:

Together, CHQM AM & FM ranked Number Two in Vancouver.

Why? Because the usual #2, Top 40 CKLG-AM (730), had seen their listenership erode with the switch of CKVN (1410) to Top 40 from All News on April 1, 1970. Terry David Mulligan was Program Director for the first year, and he had recruited top DJs, both unknown and well known, including Hal Weaver, Tim Burge, Bob Boving and J. B. Shane. The station also played enough album-oriented music to attract some CKLG-FM listeners.