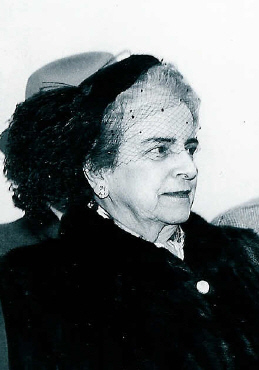 See brief bio of Bill below

"the formidable Anna Sprott, with splendid suits and superbly feminine hats bedecked with cabbage roses and veils was one of the very early Professionals who forged a way ahead for women in business. On the one hand she provided access to the skills needed to break into business, while at the same time running a famous business school and running it at a profit doing that long before it was fashionable to do so"

she inherited, rather than created, the institution that she headed on the death of her husband Robert James Sprott.

Anna Sprott‘s husband had in 1903, in his early thirties, taken over an existing business college on downtown Hastings Street and renamed it the Sprott-Shaw Business University after himself and partner William Henry Shaw.

irish by descent, the future Anna Sprott arrived in Vancouver in 1911 as a young widow in her early thirties (33) with a daughter, took a course at Sprott-Shaw, became an instructor there, and in 1918 married its proprietor.

over the next years Robert Sprott founded the first radio station (CJCE) west of , and began a separate Sprott-Shaw Wireless and .

on his death in 1942, already in her early sixties (63) and unmentioned in her husband's obituaries except as an unnamed "sorrowing wife",  Anna Sprott nonetheless took over as head of Sprott-Shaw Schools and as president of the Vancouver radio station he founded now called CKMO

what is clear is that Anna used her entrepreneurial position to advantage. In 1949 (70) she ran for City council precisely on that basis, being the first female candidate sponsored for a council seat by the ruling Non-Partisan Association.

Anna Sprott was elected on her first try, decisively defeating among others CCF incumbent Laura Jamieson, and after ten years on council becoming the longest serving woman in the history of the city.

in 1951 Sprott became the first woman (72) to serve as acting mayor of Vancouver, the press observing that ”part of her time is still given over to her job as president of Sprott-Shaw Schools, since she is vitally interested in young people who are mapping out careers in the business world.”

On April 10, Sprott-Shaw Schools of Commerce & Wireless Telegraphy, and Radio Specialties Ltd., started CJCE on 750 kHz with 5 watts of power. Studios were at .

Sprott-Shaw closed CJCE and assumed control of CFCQ, and the station's power increased to 50 watts.

CKMO is listed as owned by BC Broadcasting System Ltd.,

Sprott-Shaw sold CKMO to Radio C-FUN Ltd. and call letters for CKMO were turned in.

Bill Cunningham died on Tuesday night, - the most enduring and endearing photographer this town has ever had. He was 84 when the heart gave out, but it was never the same after his beloved Catherine died four years ago. If they're together now, he'll have been content to go.

He was Province photographer for so long the records don't even show when he started. The best guess is 1941 through 1966. He was the B.C. Lions' first photographer (and paid-up founding member), the official Canucks' photographer, and chronicler of sports events through generations. In the latter years he was a bigger local celebrity than most of the people he photographed.

He was everywhere: Photographing jocks and celebrities and treating them with equally loving disdain. When Bill said "Smile," it wasn't a request, it was an order. One night a visiting dignitary dropped the ceremonial puck before Bill was ready. "Do it again," Bill snapped. Meekly, the man bent over and did it again. It was Soviet premier Nikita Khruschev.

Rembrandt, we called him, a white-haired little man in a cardigan so festooned with buttons from events he'd covered that it seemed too burdensome for his frailish frame. He wore it with the pride of a man who'd enrolled when the school opened in 1922, and years later won its cherished Emerald Award.