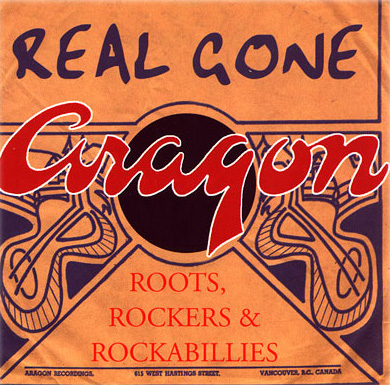 In 1946, Aragon Recording Studios was opened at 615 West . The three-room space was one of 's first studios, built mainly by Al Reusch, and was used by the country and folk artists of the time. In 1947, the label Aragon Records was spawned. Al acquired sole ownership of Aragon Studios in 1954.

Al Reusch was a musician, big band leader, and a broadcaster. He was one of 's first DJs, hosting "The Al Reusch Show" in the mornings on CKMO Vancouver in the 1940s, and "Name It, Play It" in the afternoons. A true pioneer in recording, he is a member of the BC Entertainment Hall of Fame.

Al Reusch is a one man history of the Western Canadian music business.

Reusch of North Vancouver started playing clarinet and saxophone in in the 1930s, was a popular disc jockey in , and in the 1940s, and started 's first recording studio in 1946.

He co-founded Aragon Records, arguably 's most important early label, built Mushroom Recording Studios in , and recorded a who's who of Canadian musicians, from big band leaders like Dal Richards and Lance Harrison to cowpokes like Keray Regan and Evan Kemp to '60s stalwarts like Tom Northcott and the Poppy Family. He even recorded the music to Karen Magnussen's skating routines.

The Reusch story began in , where he formed his first big band in high school. Within a couple of years he was playing the posh Trianon Ballroom in . But when his parents moved to B.C., 20-year-old Al decided to tag along.

In , he became a staple at the top dance halls and nightclubs of the era, but he also did the odd cross-country tour, including a strange gig with the Charlotte Acres Orchestra.

"She wasn't a singer, she was a swimmer," he recalls with a laugh. "She swam across in 1934. Some smart guy decided to take her on tour and make some money, so he hired a 12-piece band and two Packard cars and packed us across the country."

Tired of being a working musician, Reusch branched out into radio in 1942. In 1945, Bill Rae hired him to be the first production manager at CKNW.

Unfortunately, Reusch and Rae didn't get along, so Al quickly moved to CKMO (now CFUN), where he hosted Name It, Play It, a popular teenage request show. But his most lasting contribution to radio was when he gave 's first all-night radio slot to an energetic broadcasting student named Jack Cullen in 1946.

The same year, he started up Aragon Recording Studios with two partners. "After the war a lot of people wanted to record and send messages home," he explains. "So we rented space in an office building at 615 West and soundproofed it."

In 1948 a bagpiper named William Barrie talked Reusch into recording and pressing a dance record. It became a world- wide hit, selling close to 100,000 copies.

Suddenly, Reusch was in the record business and his label became synonymous with country music. struck pay-dirt with classics like Keray Regan's My Home By The Fraser, Buddy Reynolds' jaunty Spruce Bug and Guido D'Amico's Italian Cowboy Songs.

He worked with an amazing range of artists, from Juliette (who cut three country 78s for Aragon under her full name, Juliette Sysak) to the Supremes (he recorded a version of Michael Row The Boat Ashore, which was arranged by Nelson Riddle for the Tarzan TV series) and Terry Jacks (Reusch engineered Seasons in the Sun).

He also kept his big band alive, playing seven years at the Hotel Vancouver and doing his fair share of high school grads.

"Hugh Pickett phoned and said I was down for recording, and asked 'is that category okay?' And I said 'well, really I've been in radio, I was a musician and recording was just part of my thing. I'd prefer to go under music, because that encompasses everything'."